Two years after Arsene Wenger’s final season with Arsenal, let’s take a look back at the manager’s final campaign, starting with August to October.

Going into August, Arsenal fans were starting to feel a little more optimistic about the state of the club, especially compared to the start of the summer and odds were looking good with bong118 bong88 that they would have a good season.

Arsene Wenger had signed Alexandre Lacazette and Sead Kolašinac, two players in great form with their former clubs, playing positions where Arsenal needed reinforcements. Alexis Sanchez and Mesut Özil’s contract disputes were still ongoing, but neither had left just yet. The same was true for Alex Oxlade-Chamberlain and Jack Wilshere.

The only real negative in the transfer business by August was that the club let Wojciech Szczesny leave for Juventus. Many supporters wanted the Polish international to return after his strong loan spell with AS Roma. Wenger’s contract extension also divided fans over the break.

Onto the football, and thanks to Arsenal’s FA Cup final victory over Chelsea, they had a date at Wembley for the Community Shield with Chelsea – the defending Premier League champions. Much of pre-season so far had been about building fitness, but now there was some silverware on the line.

Wenger therefore picked the strongest team available to him. Nonetheless, key players like Mesut Özil, Alexis Sanchez and Aaron Ramsey were still out for various reasons. Lacazette started up front, a sign of things to come in the league, but the manager left Kolašinac out of the starting eleven.

It wasn’t long before the Bosnian had to enter the fray, however, replacing the injured Per Mertesacker. Lacazette went close to a goal, but Victor Moses gave Chelsea the lead right after half-time.

Arsenal pressed for an equaliser, and the referee sent off Pedro after a foul on Mohamed Elneny. From the resulting free-kick, Kolašinac turned home an equaliser, sparking celebrations in the red end of Wembley.

Reiss Nelson was introduced in the final minutes for his competitive debut, but it ended 1-1, and went to penalties. The FA decided to try out an ABBA penalty format in the fixture, meaning after Chelsea’s Gary Cahill had converted their first, Arsenal then took two in a row (which both players scored), before Chelsea took two of their own (which both players missed).

That left Wenger’s side with two penalties to go 4-1 up and win the match. Alex Oxlade-Chamberlain and Olivier Giroud both converted to do so. The players celebrated another win at Wembley, but those celebrations couldn’t last long. Arsenal had a Premier League match just days later.

Return of the league action

The eyes of the world were on Arsenal and Leicester City, and particularly on Alexandre Lacazette. The French striker had joined for a large fee in the same summer that Romelu Lukaku and Alvaro Morata signed for rival clubs, so the pressure was on Arsenal to prove they had picked the right player.

Fortunately, Lacazette only took a minute to open his Premier League account, but the lead didn’t last long. In less than half an hour, Leicester took the lead through Shinji Okazaki and Jamie Vardy. Danny Welbeck equalised before half-time, but Vardy scored again after the break for 3-2.

Arsenal threw on Aaron Ramsey, Olivier Giroud and Theo Walcott to try and claw the game back, and in the final 10 minutes it paid dividends, with Ramsey and Giroud scoring to complete a late comeback win.

It was a hard-fought victory, but the Gunners had plenty of tougher tests ahead, and unfortunately those didn’t go so well.

Stoke away has always proven a difficult place for Arsenal to go, and this time was no different. Jesé Rodríguez marked his debut appearance for the Potters with a goal, to give the home side the lead. After that the assistant referee incorrectly ruled out Lacazette’s equaliser.

It ended 1-0, and Arsenal could hardly complain, as they were wasteful in front of goal.

Then things got even worse.

Lacazette was dropped to the bench for Arsenal’s trip to Anfield, and Alex Oxlade-Chamberlain was shoehorned into the team at the expense of Sead Kolašinac. He proceeded to put in an incredibly poor performance, along with pretty much everyone else in the side, as Liverpool ran riot, winning the match 4-0.

The less said about that match the better, as it was truly one of the worst team performances in recent years. 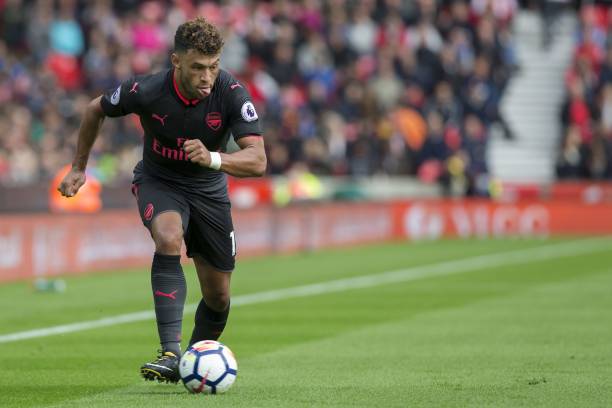 After the Liverpool match, Oxlade-Chamberlain was promptly sold to Arsenal’s opponents, which made fans question why he’d been started in the first place.

Many thought Alexis Sanchez would also complete a move, to Manchester City on deadline day. A deal almost went through, but Arsenal wanted to secure the signature of Thomas Lemar first. When they weren’t able to do so, both transfers fell apart, forcing the Chilean to stay.

21-year-old interested in Arsenal move as bid lined up