Arsenal have told the media that they will deal with Alexandre Lacazette internally as a ‘private matter’ after the Daily Star made a massive deal of the player doing something totally legal.

Posting a video of himself inhaling nitrous oxide from a balloon, the seedier parts of the media wasted no time on splashing him all over their papers, thus highlighting that you can get a hit from the gas nicknamed ‘hippy crack’ despite the fact there probably countless players drunk on the same evening without a word mentioned.

This is not the first time Laca has been snapped enjoying what is a legal substance, regardless of your views.

Back in 2018 there was outrage that he had been spotted doing it along with Mesut Ozil and Matteo Guendouzi. At the time, only Sam Wallace seemed to keep any sense of perspective.

Alex Lacazette all over the Sunday papers for inhaling nitrous oxide, a perfectly legal thing to do. Makes him a bad role model. Wonder how many were drunk at home on the same evening without a word said? pic.twitter.com/lYiy8p5EbY

“Dipping into Tony Adams’ seminal autobiography Addicted, you can start to feel a little woozy just keeping up with the sheer volume of booze,” wrote Wallace in the Sunday Telegraph.

“After that championship-clinching win at Anfield in 1989 he and Steve Bould punched out the polystyrene ceiling in the away dressing room, drank or sprayed all the champagne Liverpool had kept chilled for themselves and headed back to the magnificently low-rent nightclub “Winners” in Southgate, north London. “I was an alcoholic in development,” wrote Adams. Fans threw cans of beer up to him on the victory parade bus. 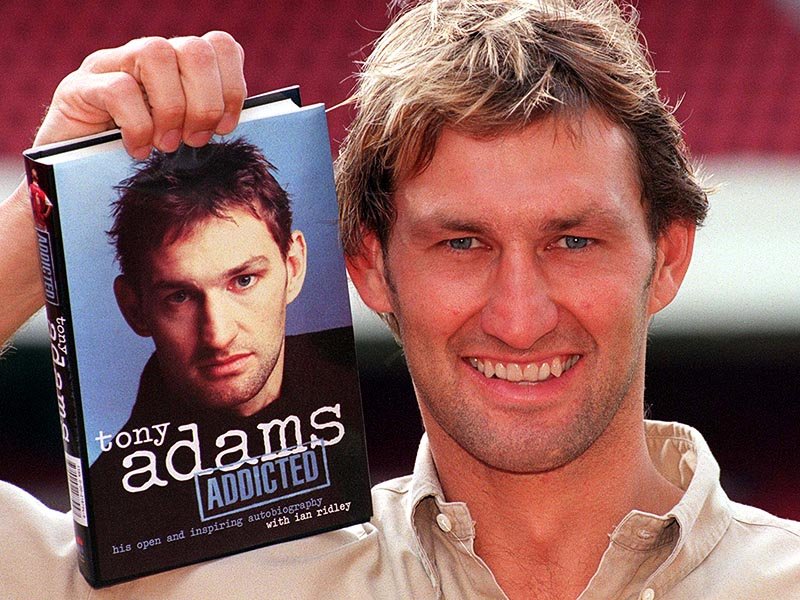 “By comparison the Arsenal laughing gas party in August in Mayfair was tame. It was certainly more expensive in their Hanover Square VIP area than “Winners” – now sadly gone, it seems – but a lot less likely to develop any alcoholics. Henrikh Mkhitaryan’s greatest indulgence appears to have been a lollipop.

“Having seen so many fractured, uninterested Arsenal sides over the years, my first reaction was that it was good to see a side out bonding together. They probably drank less combined than some of the thirstiest members of that great 1980s team would manage individually.”

It’s a point I made at the time after The S*n and Daily Mail decided to highlight it mid-season despite the fact it happened during the summer when the players were off.

The S*n then followed up by having a go at Joe Willock and I’m sure it’s just a coincidence that the overwhelming majority of players they target with stories like these are black.

For the record, sticking the word ‘crack’ on the end of the street name for nitrous oxide is a simple way of making something not very exciting seem like it could be about to cause a serious problem in society.

In fact, it’s insulting to compare the two when you consider the devastation actual crack unleashes upon individuals, families and communities.

Nitrous oxide is nothing more than laughing gas that you get at the dentist, designed to relax and produce the giggles.

It is no more illegal than alcohol and, many would argue, significantly less damaging to both the person taking it and society as a whole.

24yo Arsenal loanee tipped to challenge for 1st team next season