David Silva is just one name on the list of players Arsène Wenger rejected, let’s see if we can make an XI from players the former Arsenal manager rejected.

Arsene Wenger was so open about the players he ‘almost signed’ or ‘considered signing’ that fans still roll their eyes when they hear those words leave his mouth.

But what if we only look at those players Wenger admits to rejecting or that we know the club made an offer below the player’s valuation?

Not the most ‘all-star’ start to the list, but definitely one of the more petty rejections by the Gunners.

Fulham had set an asking price of £5m, Arsenal (who desperately needed a keeper) made an offer of £2m in May.

The Gunners then came back in August and made a new offer…of £2m.

Schwarzer handed in a transfer request, and the Gunners reportedly finally upped their bid to £4m, but not the £5m Fulham wanted, and that was that.

Arsenal had the chance to sign Bale early on in his career, but Wenger decided against it.

Arsène later admitted: “We didn’t take him as we had Ashley Cole and Gael Clichy and didn’t want another left-back.

“I must confess it was a huge mistake as he can play in midfield.

“He struggled at the start at Tottenham, then they moved him to midfield and he has done exceptionally well.

“The career of a player sometimes depends on playing in the right position.”

Another time when the Gunners simply refused to match the valuation of a player, Cahill was available for Arsenal to bid for back in his Bolton Wanderers days.

However, the Gunners made a bid that was considered unacceptably low by Bolton as Owen Coyle explained: “There was a conversation between [the Bolton chairman] Phil Gartside and a representative of Arsenal.

“I’m only passing this on as a third party, but the word derisory doesn’t even cover it. When I make an offer for a player, I’d like to think in the right ball park, but this wasn’t even close.”

Arsenal reportedly offered £6m for the defender, however Wenger stated categorically that Gartside was wrong about Arsenal’s bid.

Arsenal then went back with a bid of £12m which was also turned down.

Back in 2009, Arsène Wenger had the chance to sign Gareth Barry or Xabi Alonso, but turned them both down.

Wenger said at the time,”I have been criticised for not hiring Xabi Alonso or Gareth Barry. But if I signed them, I would have killed Song, Diaby and Denilson.”

Barry went on to sign for Manchester City instead where he won the league and FA Cup.

As with Barry, Wenger reportedly decided against signing the Spanish midfielder to preserve his current crop of players.

Alonso later revealed, however, that Arsenal were £3m short of Liverpool’s valuation, offering £15m when the Anfield outfit wanted £18m so it had less to do with not killing the youngsters and more to do with not paying the fee Liverpool wanted.

Alonso moved the following summer for £30m and enjoyed five years with Real Madrid, winning the league, two Copa Del Reys, the Spanish supercup and, of course, the Champions League. He then moved to Bayern Munich where he won three leagues, an FA Cup and the German supercup.

Meanwhile, Diaby remained injured for Arsenal, Song ran off to Barcelona and Denilson, well, let’s not speak of that…

Since there’s nowhere else for them to go in our XI, Barry and Alonso will have to play centre-back and right-back.

Don’t act like it’s not something Arsene Wenger would have done.

Before he went to West Ham, Arsène had a look at Payet, but decided he was too inconsistent.

Wenger explained, “He was a top talent, always. But [he] had periods of being up and down. I’ve looked at him many times.

“I’ve known him for a long time. He played at Saint-Etienne and we watched him many times.”

When Fabregas moved to Barcelona, there was a buy-back clause inserted into his deal if he ever became available.

In 2014, he did become available, just three years after leaving.

But Arsène turned him down, citing the recently joined Mesut Özil, and later told reporters he thinks he made the right decision, saying, “I have no regret about that at all.

“My regret is that he left us.”

Wenger admitted to looking at Alli and not signing him back in April, when he told reporters, “We looked at him. He’s done very well, he’s a complete player, he’s dangerous and it’s marvellous at his age.”

As mentioned at the start, Silva was turned down by Arsenal in 2005 for not being physical enough and because the Gunners had recently signed Fabregas.

15 years later, he’s still performing very well for Manchester City and has won multiple major trophies with them while lighting up the Premier League.

Ibrahimovic’s case is a well documented one, but he’s another player Wenger could’ve signed if he’d made the offer.

Zlatan explained, “Arsene gave me the famous red and white jersey — the No 9 shirt with Ibrahimovic on it and I was so pleased I even posed for a picture wearing it.

“It was a fantastic moment for me. Arsenal had a great team then and here was an Arsenal shirt made just for me. So then I waited for him to convince me that I should join Arsenal. But he didn’t even try.

“He never actually made me a serious offer, it was more ‘I want to see how good you are, what kind of player you are. Have a trial’. I couldn’t believe it. I was like ‘No way, Zlatan doesn’t do auditions’.”

Another striker who ended up joining a rival, Drogba was apparently on Wenger’s radar, but the boss believed Didier wasn’t prepared for the Premier League, explaining, “When he was in Le Mans we watched him carefully. We felt he might not be completely ready. His value was £100,000.

“It is a mistake, but when you are in football everyone can understand. We had Thierry Henry.” 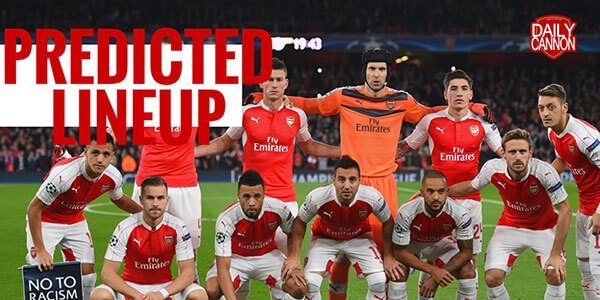