Arsenal teenage midfielder Silvana Flores, one of three siblings at Arsenal, has been named in Mexico’s provisional squad for the Concacaf u20 Championship that double as the FIFA WWC u20 qualifiers.

The tournament will take place in in Dominican Republic.  Here is the full provisional squad : 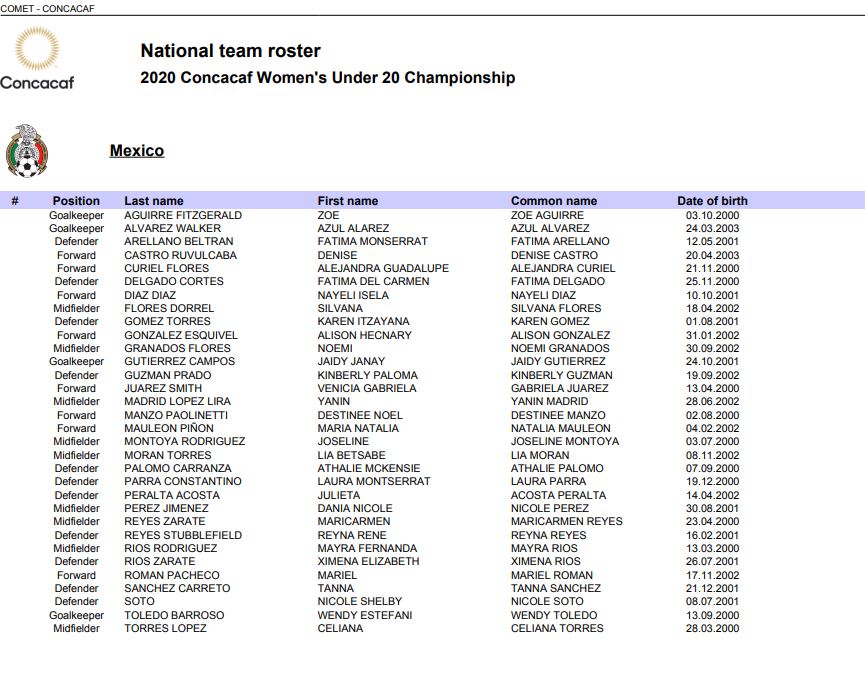 Mexico have been drawn in Group D alongside Guyana, Nicaragua and Puerto Rico. The top three sides of the Group will qualify for the knock-out stage.

There will be then a knock-out stage from the Round of 16, to be played between 29 Feb and 08 March.

The two finalists will qualify for the FIFA u20 WWC that will take place in August. The tournament will be joint hosted by Costa Rica and Panama.

Besides the host nations, the following teams have already qualified: Japan, North and South Korea, New Zealand, France, Germany, Spain and the Netherlands. CAF and CONMEBOL qualifiers will be played later this year.