Mikel Arteta believes that Pierre-Emerick Aubameyang is one of the greats, even if he hasn’t won a league title, you know, like Harry Kane…

Aubameyang is the Premier League’s joint-top goalscorer this season, tied along with Jamie Vardy.

Ahead of Arsenal’s Europa League tie, Arteta was asked about his captain and the fact the 30-year-old has not won a league title during his career. Doe this diminish his status as a great, a question they’d never ask about Harry Kane.

He’s not wrong. Since arriving in the Premier League, no player has scored more (or played in a more chaotic team): 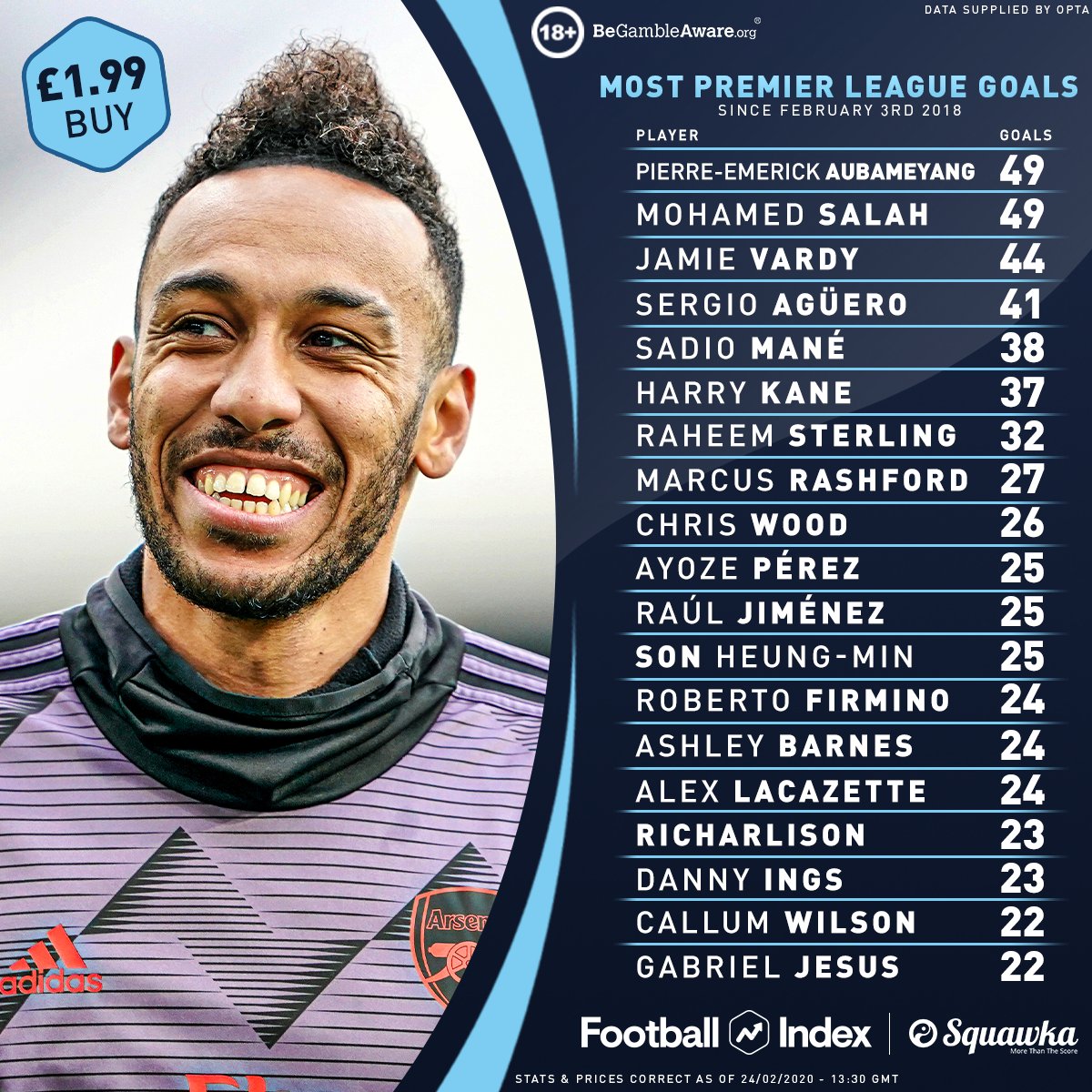 “Yeah [he does need silverware to be considered a great], but Harry Kane has scored 30 goals [a season] and never won the Premier League. There are a lot of top teams in this country and only one wins the league. You can’t have everything.”

Harry Kane has no trophies, of any sort.