Arsenal are looking at Bayer Leverkusen centre-back Jonathan Tah for a summer transfer, according to reports.

Christian Falk of BILD Sport claims Arsenal hold an interest in Jonathan Tah. The Bayer Leverkusen defender has a €40m (£33.3m) release clause. His current contract lasts until 2023, so the Gunners may have to pay that clause to land him.

Still, just over £30m isn’t out of the realms of possibility for Arsenal when it comes to defenders. The club spent around that much on Shkodran Mustafi and William Saliba. 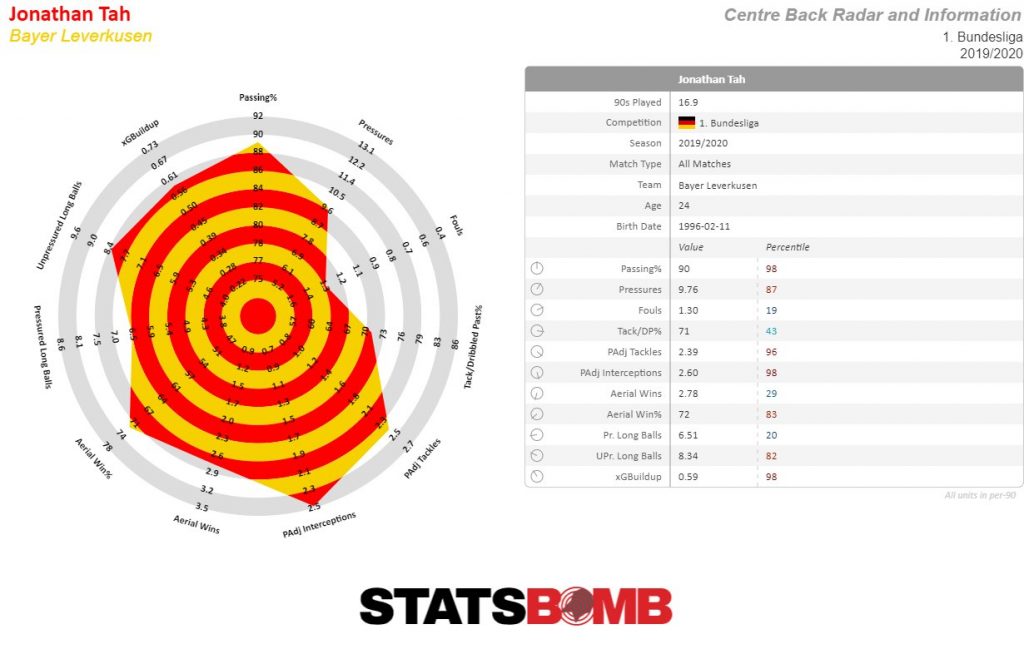 Stat radar from StatsBombArsenal signed a centre-back in January, bringing in Pablo Mari on loan. They have an option to make the deal permanent in the summer, and it’s very possible they’ll take it up. That would leave Mikel Arteta’s squad overstuffed with centre-backs.

Then there are the youth options like Zech Medley, Daniel Ballard, Joseph Olowu (currently on loan), Mark McGuinness and Harry Clarke. To sum up, Arsenal badly need to sell before they can buy.

24 years old and a strong passer, Tah does seem like the kind of profile Arsenal might chase if they can free up space in the squad first. Bundesliga watchers do worry he’s a bit inconsistent though.