Former Arsenal forward, Asisat Oshoala, was named African Women’s Player of the Year 2019 on Tuesday night with Pierre-Emerick Aubameyang missing out to Liverpool’s Sadio Mane in the men’s category. 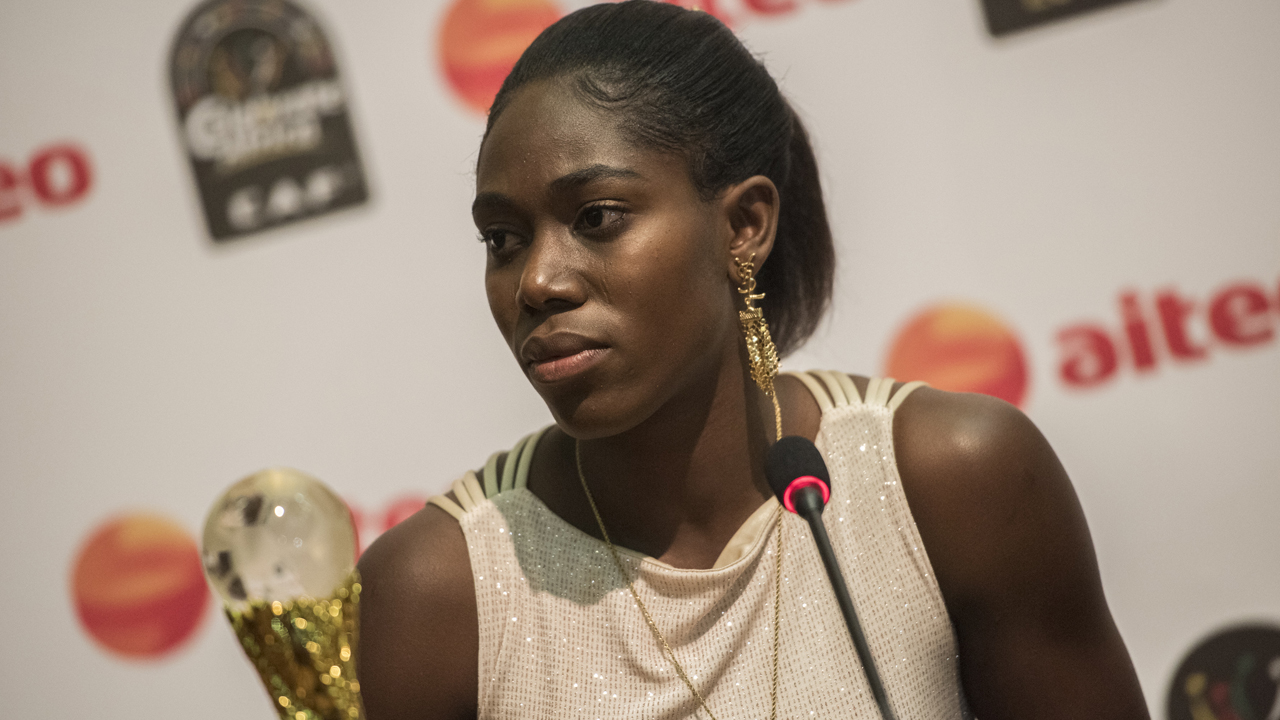 Oshoala arrived at Arsenal in 2016 with a big reputation but was unable to adapt to the game in England.

She was sold to Chinese side, Dalian Quanjian, a year later where she earned great money before heading back to Europe to join Barcelona.

During her time at Arsenal, Oshoala was criticised for not working hard enough to the point we even named her as one of the worst signings in the last decade.

But it seems the 25-year-old has addressed many of the problems that seemed to restrict her during her time at England and is finally fulfilling the huge potential than convinced Arsenal to sign her in the first place.

In the men’s award, there was no surprise as Sadio Mane picked up the trophy and Arsenal’s Aubameyang did not.

“I’m really happy and proud to win this. Football is my job, I love it,” said Mane.

“I would like to thank my family, my national team, staff, the federation and Liverpool Football Club. It’s a big day for me.”

Aubameyang did, however, make the best African XI of the year:

Arsene Wenger was also present at the event, handing out the award for Goal of the Year to Kheiredine Zetchi, president of the Algerian Football Federation for Riyad Mahrez’s free kick in the 2019 African Cup of Nations semi-finals.