Arsenal have reportedly reached an agreement with Mikel Arteta to become their new manager and all that’s left to workout is how much the club will pay Manchester City in compensation.

Arsenal already know what Mikel Arteta wants and seem prepared to give it to him.

Pep Guardiola doesn’t want him to leave but won’t stand in his way.

Arteta has met with Josh Kroenke, who has now flown back to the States after an ‘extended period’ in England to sort out the transition from Emery to anyone, hinting his job here, for now, is done.

The Spaniard’s deal will reportedly be a three-and-a-half year contract, earning him close to the £5m-a-year the club were paying Unai Emery which comes with an awareness that he will also need more experienced people around him behind the scenes.

It is suggested that Rodolfo Borrell, at City, and Domenec Torrent, who worked with Guardiola at Barcelona and replaced Patrick Vieira at New York City FC until a parting of the ways in the summer after the club’s most successful season, could join Arteta who reportedly wants to bring three coaches with him unlike the nine Max Allegri allegedly wanted.

Now, we just need to pay Manchester City some cash and we can get on with the job of forgetting Unai Emery was ever in London. That amount is expected to be in the region of £1m. 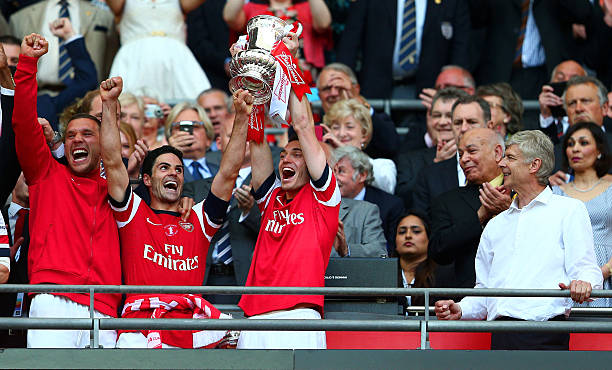 It is all expected to be complete in time for Arteta to lead the team out for the first time as head coach at Everton. Arteta, howeverm is expected to be in the City dugout for their Carabao Cup game against Oxford United on Wednesday night.

“He’s talking with Arsenal so I don’t know what is going to happen,” Guardiola said in his press conference before Wednesday’s game. “I knew about the meeting. He was incredibly honest and transparent with me. He is travelling to Oxford, yes.

“Arsene Wenger raised the club to another level and now they are struggling a little bit the last years,” he added.

“If he stays at City I’d be happy, incredible, because we all work together really well — hopefully he can feel the same as me.

“He knows exactly what we think about him at this club. I think the club has done everything and we cannot do any more.”