The FA will not use Anfield to host an England game because of Liverpool’s ban on S*n journalists but Liverpool’s is a stand that every club in the country should get behind.

The Mail on Sunday (don’t start, we’ll do them another time, it was their ‘exclusive’) report that the FA are struggling to find a suitable ground in the north to host England’s final warm-up game on June 7 ahead of the start of Euro 2020.

Although Anfield is a perfectly suitable ground for the fixture (Goodison Park is not up-to-date enough, Old Trafford is booked and the Etihad is having pitch work done), Liverpool’s ban on S*n journalists, which has been in place since February 2017 because of the way they covered the Hillsborough disaster, means The FA will not consider using their ground. 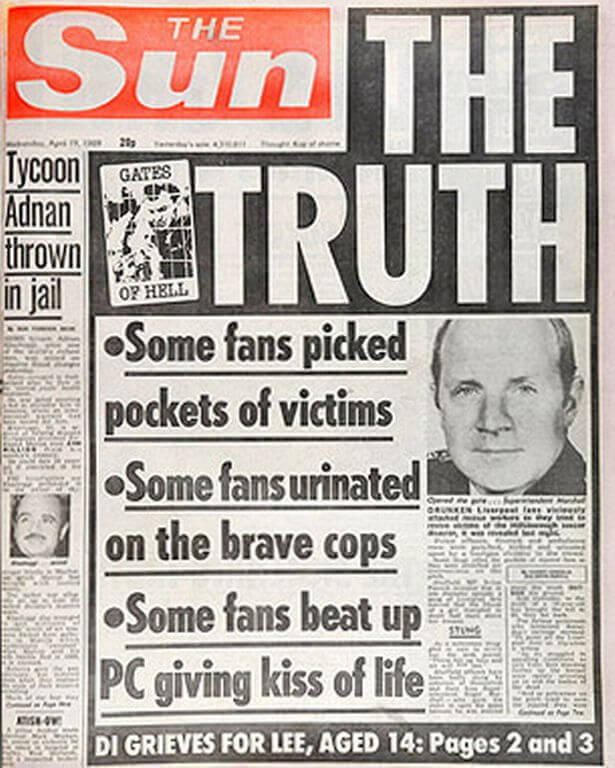 Liverpool will not alter their position. Nor should they.

What The FA’s decision says is that they care more about publicity than what is right, but I don’t think that’s a revelation to anyone.

The S*n have a long history of this sort of viciousness but simply saying ‘ignore it’ is not enough. They cannot be ignored because so many people still read them, thinking that what they are reading is the truth or not caring that it isn’t.

But there is no reason for football clubs to play along any more, unless they are afraid of what The S*n might hold in their vault to ensure that they do.

Long gone are the days when clubs needed ‘newspapers’ like this to communicate with fans. They can do that directly while there are a host of actual newspapers and websites they could work with more closely.

Actions should have consequences and, if the way the innocent victims of the Hillsborough disaster were treated isn’t enough reason for you, I’m sure we can find you a hatchet job from The S*n on something you do care about. There are plenty to pick from.