Danielle van de Donk and Vivianne Miedema scored the bulk of the Netherlands eight goals against Turkey on Friday night. 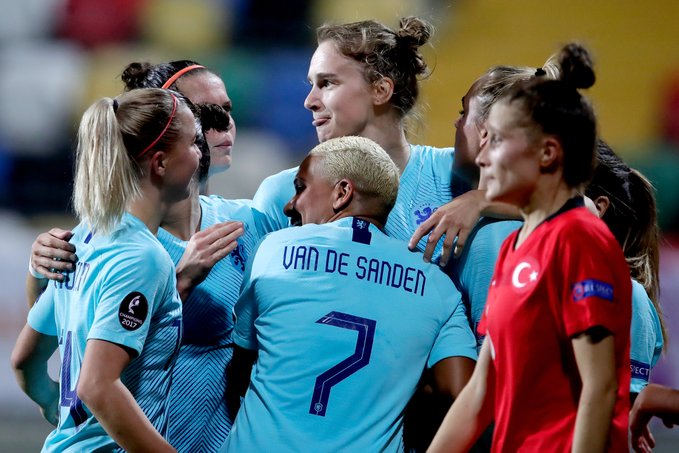 Neither Danielle van de Donk nor Vivianne Miedema, who also got an assist, played the full 90 minutes of this Euro qualification game.

They didn’t need to.

Miedema got her first in injury time at the end of the first half to make it 3-0 to the Dutch after Shanice van de Sanden and Sherida Spitse, from the spot, had got the scoring started.