An Arsenal youngster was reportedly given a five-match ban and sent on a racial education course after calling an opposition player a ‘f***ing monkey’ during a game. 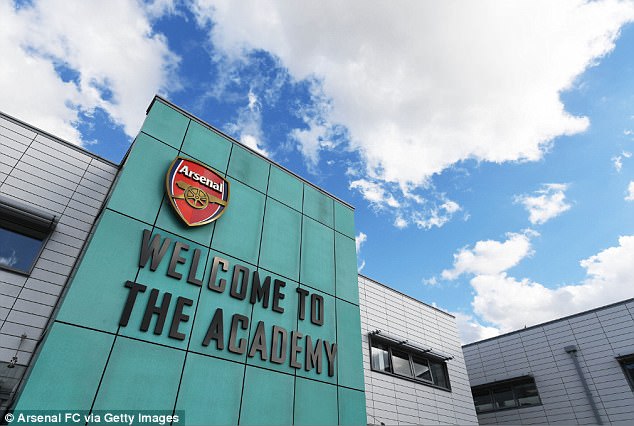 In a column in in the Sunday Mail, Gary Holt, the former Stoke, Kilmarnock, Norwich and Nottingham Forest midfielder and manager of Scotland, Falkirk and Livingston, revealed that he had been involved in a game which involved an Arsenal youngster being racially abusive.

It seems to have taken place following an u18s game against Norwich between 2010 and 2013. Holt was in charge of their u18s at the time.

Racism, of course, has been in the spotlight this week after what happened with England in Bulgaria, but as we saw at Haringey Borough on Saturday, when they walked off because their keeper was being racially abused, this is not a problem specific to any one country or club.

No matter how much the Mail, Telegraph and the rest of the right wing press try to make this about ‘them foreigners’, it’s a problem that is rife in the UK also, as Holt’s story shows.

Arsenal are one of the most racially diverse clubs on the planet with a fanbase that spans all colours, nationalities, religions, genders and sexualities. If someone there can come out with this crap, you know it can (and does) happen anywhere.

“I honestly couldn’t properly define what a racist is but the root cause is a lack of education,” Holt writes.

“During my time at Norwich’s Academy, I was involved in a case where one of our Under-18 kids was subjected to a shocking remark from an Arsenal player.

“Clear as day and with no room for doubt – it was a shocking thing to hear.

“Our player was a big lump of a boy and was raging – he wanted to kill his abuser.

“I could understand entirely why he was so upset and thought about letting him loose to dish out a bit of instant justice – but we calmed him down.

“The Arsenal boy had to face the music – a five-game ban as well as attending a course of racial education.

“It brought it home that it’s both a lack of intelligence as well as education that has some people abusing others because of the colour of their skin.”

As his column is in the Mail on Sunday, it’s no surprise to see him both talk about racism he witnessed in England and Scotland and then write, “Not enough is being done to tackle this issue and it’s again starting to creep back into football. Some of the Eastern European nations appear to have had a rise in racist incidents and it’s a real concern.

“UEFA need to properly address it by imposing severe sanctions and show it won’t be tolerated.”

But, as we just discussed, this is not an issue restricted to Eastern Europe and to frame it as such limits what we can do to address it on our own doorstep.

“As a player,” he goes on, “I never experienced any racist abuse personally but I know it happens.”