If you want to diffuse a situation, I’m pretty sure the last thing you should do is like a post on social media that tells your manager to leave but that’s exactly what Alexandre Lacazette has done as the Unai Emery sh*t show rumbles on.

We know Granit Xhaka is a dick. We also know Unai Emery is not the man for the Arsenal job. The problem is, we have to rely on speculation, supposition and leaks from unnamed sources to try and work out what the rest of the team are thinking.

Step forward Alexandre Lacazette who decided to help us all out and make it pretty clear. 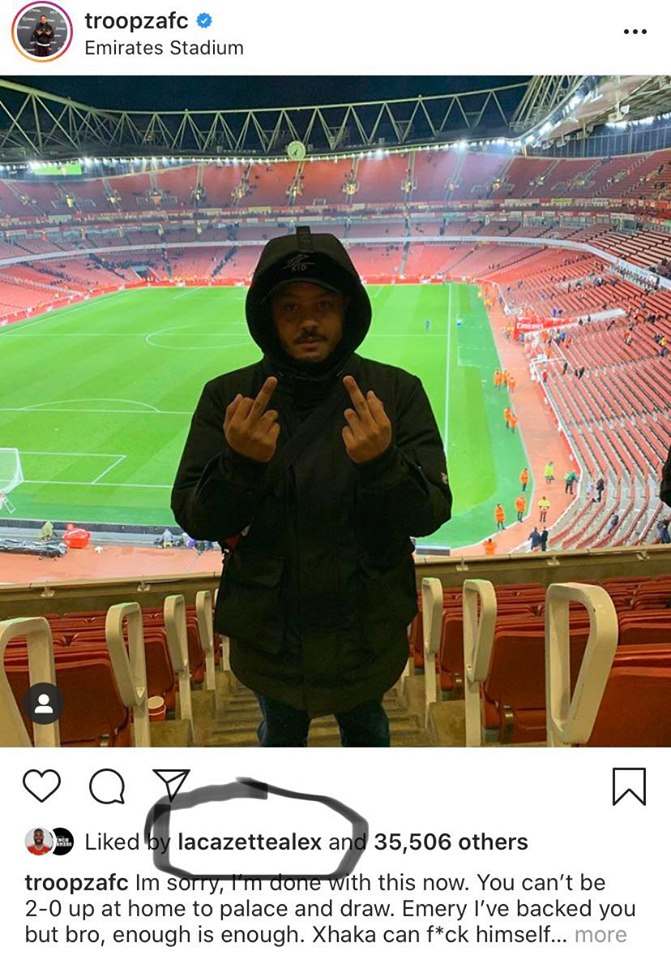 David Ornstein is today reporting that while Unai Emery’s position is safe until the end of the season – for now – he has lost part of the dressing room. Amy Lawrence says Xhaka is devestated and three senior players went to visit him at home last night, although she doesn’t say which three.

If that part includes Lacazette then you can be sure it also includes Pierre-Emerick Aubameyang, both of whom the club are trying to get to sign new deals…