Mike Dean didn’t even bother to check with VAR to see if Sokratis had been fouled to earn Arsenal a penalty so it’s no surprise he got such a bad match-rating.

According to the app, URef, Mike Dean received a pathetic 1.95 out of 5 for his match performance in charge of Arsenal’s game at Sheffield United.

The referee, who loves to be centre of attention, booked Bakayo Saka for falling over under a challenge (not a foul, not a dive) despite ignoring an actual Sheffield United dive just moments earlier.

Dean also ignored Arsenal calls for yet another clear penalty, not even turning to VAR for a review despite it being a penalty call and, therefore, something that can actually be reviewed. 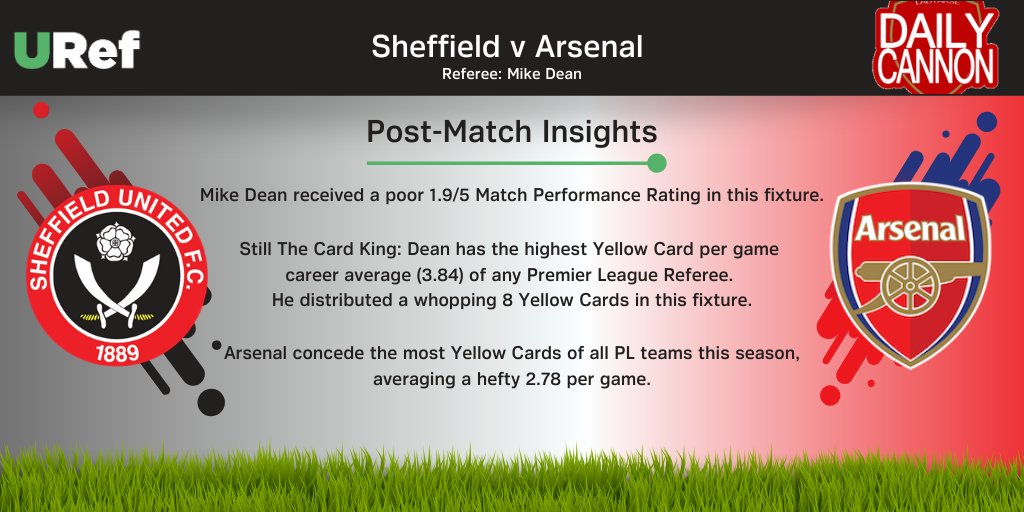 At least in other matches this weekend, the referee called for VAR before ignoring it. Not so here.

Handing out eight yellows in the game (four each), Dean maintained his record of having the highest career average when it comes to bookings.

Arsenal’s four yellows also kept up their record of receiving the highest number of cards this season (and they also get booked for far fewer fouls than any other side).

76% of Uref fans disagreed with Dean’s decision to waive away Arsenal’s penalty claim, a shout even the pundits said was a spot kick.

Only 19% of fans though Saka should have been booked. 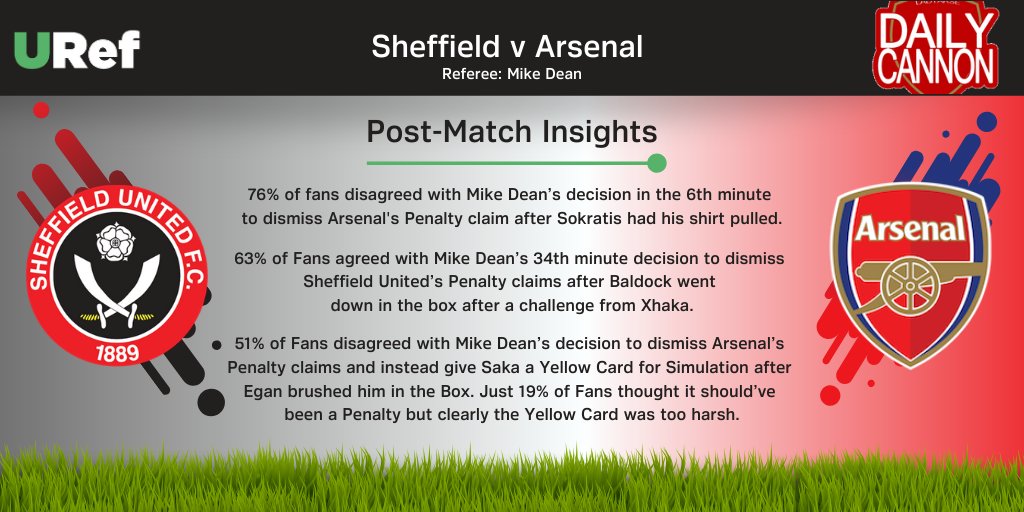 Excluding VAR, which he was in charge of when Arsenal went to Old Trafford, this was Dean’s second Arsenal match of the season.

He was also in charge of Arsenal’s 2-1 win over Burnley, booking two Arsenal players to their one.

It should be noted that, while Dean didn’t help by refusing to do his job, he is not why Arsenal lost this match.

That’s all on Unai Emery.

‘No desire’ to keep Dani Ceballos at Arsenal