Arsenal beat West Ham 2-1 to start the season the same way as the last one ended – at the top of the league but what did the starting XI tell us about the squad? 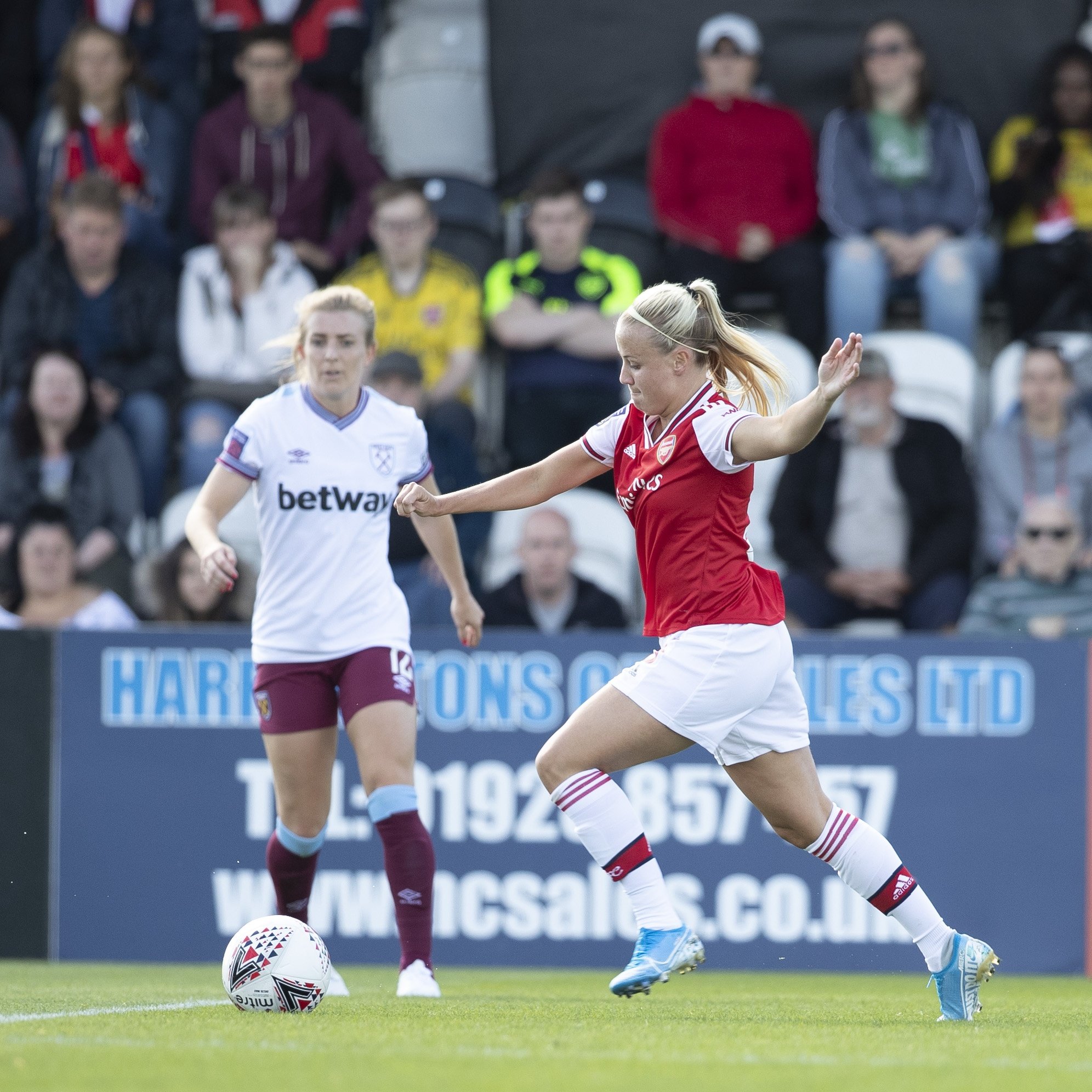 Beth Mead v West Ham [image via Arsenal Women]Within the context of a busy fixture list, there was some indication of the squad pecking order.

With Vivianne Miedema and Katrin Veje missing out after coming back injured from international duty, there were two openings in the starting 11 and there were some important choices from Joe Montemurro.

The natural back-up, Emma Mitchell, was not selected. Joe decided to drop Katie McCabe back from the left wing position. Considering Mitchell did not start any pre-season games, her limited  playing time indicates she is at the bottom of the pecking order.

Joe selected Viktoria Schnaderbeck to partner Jennifer Beattie at the heart of the defence with Leah Williamson moving up to defensive midfielder. Louise Quinn, who was number 4 last season with more than 2000 minutes, seems to have dropped back to fourth centre-back in one summer. This is puzzling, to be honest.

Like Emma, we will know her status after the Fiorentina away game. If neither player starts that game, it will be the clearest indication that are now back-up players until injuries start piling up.

If they do start, it will show that they will be used as rotation players.

Beth Mead was selected with Vivianne Miedema not available, the natural choice although it does change the way the team plays as they don’t have the same playing profile.

Beth was efficient as usual with one goal and one assist.

With Leonie Maier now first choice at right-back, Lisa seems to be back in her more natural winger position for good. Jordan Nobbs came on as a sub for her official return in the league and she will be pushing for a midfield starting place soon.

If you also add Lia Wälti in the mix in the near future, there will be some hard choices to be made deciding who gets the three places in midfield.

Pauline Peyraud-Magnin was back in the squad and, with Fran Stenson now on loan with Blackburn Rovers, competition for the spot between the posts should be an interesting one between Manuela and Pauline.

The games come thick and fast in September and it was certainly a slight concern to see that we only had four senior players on the bench plus two talented youngsters.

We are nowhere near the crisis we reached last winter when we ended up starting an academy player away to City, but the injuries need to give Arsenal a break now that we are taking parts in four competitions.