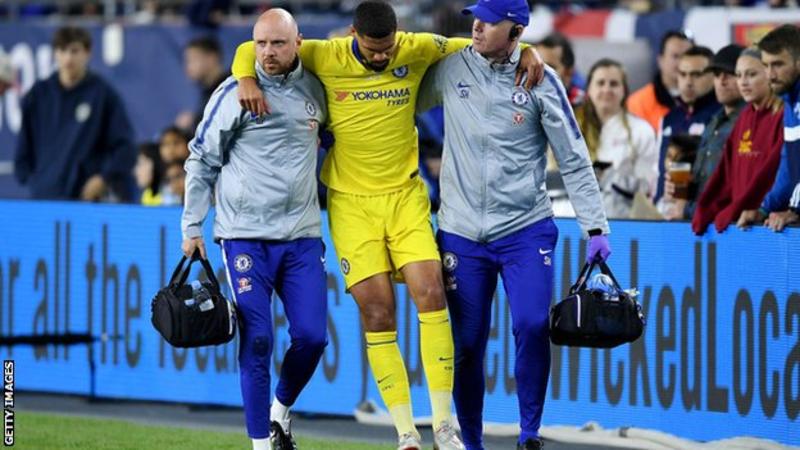 Ruben Loftus-Cheek is a major doubt for the Europa League final after he left Chelsea’s friendly against New England Revolution on crutches last night.

There are mixed reports about the exact severity of the injury suffered by the Chelsea midfielder during their charity match on Wednesday night.

The BBC simply report that he has ‘an ankle injury’, and ‘could miss the Europa League final’. Since the BBC’s update, however, some outlets have started to report that Loftus-Cheek has an achilles injury.

The S*n claim he’s facing six months out injured, and whilst we’d usually take their reports with a pinch of salt, that fits with quotes from Marcos Alonso after the match, who also claimed it was an achilles problem.

If the injury is anything vaguely serious, ankle or achilles, you’d expect that will rule Loftus-Cheek out of the Europa League final in 13 days time.

That would be a blow for Chelsea, as Loftus-Cheek was their star man in the Europa League semi-finals. He scored one goal and set up the other, and he has seven goal contributions in 11 games in the competition this season.

In other Chelsea injury news, N’Golo Kante faces a race to be fit for the Europa League final after a hamstring injury in his final home game of the season against Watford. It’s a race he appears to be winning, according to the Daily Mail, but we’ll see.