With the season coming to a close, let’s have a look at how all of Arsenal’s loanees have done in 2018/19.

Emi Martinez has had a fantastic loan spell with Reading. He has made more saves and more high claims per 90 minutes than any other goalkeeper in the Championship (minimum 10 appearances), maintaining an excellent save percentage of 77%.

The 26-year-old won the fans’ man of the match award in his home debut, and he drew chants of ‘Emi Martinez, we want you to stay’ almost every week towards the end of his stay. Just as importantly for his morale, his efforts succeeded in keeping Reading in the Championship, dragging them out of the relegation zone.

The goalkeeper wasn’t always perfect, making a few mistakes leading to chances in his 18 appearances, but his contributions were overwhelmingly positive overall. Now he should either get a chance with Arsenal or bring in a decent transfer fee, good news for the Gunners either way.

Krystian Bielik started the campaign in decent form, before picking up another injury. That sparked concerns that this season could turn out the same way as his last one, where he barely played. However, the defender has since returned to the pitch and put together over 30 appearances in a season for the first time in his career.

Bielik moved back and forth between the Charlton defence and defensive midfield at first, but he’s been playing as a midfielder since mid-November. He’s earning a lot of positive reviews and has become a key part of the League One side that have recently earned a third-place finish and a spot in the playoffs.

The Polish u21 international is a commanding presence in the middle, winning the ball back consistently with plenty of tackles and interceptions but also impressing in possession. The coaches at Charlton seem to believe he can make it at Arsenal, but we’ll have to wait and see if Unai Emery agrees. Overall, a good season.

On the surface, Chambers has had a very similar loan spell to Bielik. He started as a first-choice centre-back, before dropping out of the team and picking up an injury. Then he moved to defensive midfield and, for the most part, he’s remained there ever since.

The Englishman hasn’t had quite the same rave reviews as his Polish counterpart, but he certainly earned more and more praise as the season went on. He’s also playing in a much more competitive league than Bielik of course.

Chambers has been a regular fixture in the Fulham team, though he’s had to deal with the disappointment of another season ending in relegation. Nonetheless, he’s often been cited as one of few positives in that poor campaign. The defender should command a fair bit of interest from Premier League clubs in the transfer market, if nothing else.

David Ospina has had a positive campaign in Italy. At first, the fans weren’t sure about the club bringing in a goalkeeper who was way down the pecking order with Arsenal, but he won them over pretty quickly.

Despite only keeping a fairly limited number of clean sheets, Ospina put in a fair few impressive performances, particularly in the Champions League. Keeping a clean sheet in the win over Liverpool and earning Napoli two draws against PSG with his saves didn’t do any harm to his reputation.

The rumours are that Napoli now want to keep Ospina, regardless of whether he reaches the minimum number of appearances to activate their compulsory purchase clause.

That would be ideal for Arsenal, who would really prefer to move him on at this stage. However, Napoli did appear to drop the goalkeeper as soon as he was one appearance away from activating that purchase clause, so it’s possible Napoli are hoping to renegotiate a new deal with Arsenal. We’ll see.

At first, Macey got a lot of game time with Plymouth, but that never translated into many clean sheets. The Plymouth fans blamed this on the defence for a while, but then they grew more impatient with the goalkeeper, particularly when it came to parrying the ball back into danger.

The manager similarly lost his patience and dropped the 24-year-old towards the end of December. Macey got back into the team in March, but nothing much improved, as he kept just one further clean sheet as Plymouth got relegated.

The one positive of the season was a couple of penalty saves from the goalkeeper. Otherwise, it was a disappointing campaign and one which isn’t going to put him in contention for starts at Arsenal, particularly with Martinez doing so well ahead of him. 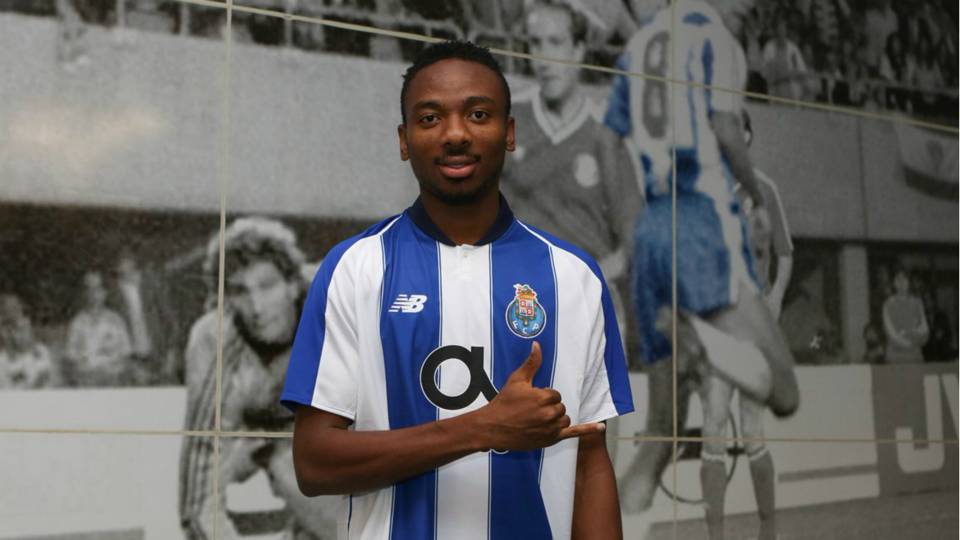 To put it bluntly, Nwakali’s loan spell has been a bit of a mess. Though he went on loan to Porto, the midfielder was always expected to start off playing for their B team. The hope was that if he impressed at that level, the senior side might start calling.

Things didn’t go as planned at first, and he really struggled to get any game time at all, even for Porto B. However, the turn of the year saw the youngster get a second chance in the team, appearing in eight of their first nine matches in 2019.

Just when things appeared to be back on track, Nwakali got a call-up to the Nigeria u23s for an AFCON qualification tie. He had a couple of great games with the side, before being barred from re-entering Portugal. His single-entry visa was no longer valid, and his attempts to secure a replacement visa have proved unsuccessful.

In total, Nwakali played 863 minutes of football for his loan club this season, a little under 10 matches’ worth. He showed good form in patches, but he certainly would’ve expected more from the season.

Asano had a solid pre-season with Hannover, scoring or assisting pretty much every game in a long preparation period. When the season began, he kept that going with a goal and assist in his first cup game, but didn’t so well in his first three league games.

After that, he dropped to the bench, making a couple of brief substitute appearances. He then struggled with a couple of injuries, and he didn’t have any greater impact in the team on his return.

If we only look at the competitive matches, Asano only managed two goal contributions in 15 games, both against German third-tier side Karlsruher SC. That’s simply not good enough, and it’s really no surprise that Hannover are now refusing to play the Japanese international because they don’t want to activate his compulsory purchase clause.

Nelson has had a mixed campaign, considering how well things started. In the opening weeks of the season, he was getting plenty of minutes and scoring plenty of goals, but a couple of injuries really disrupted his rhythm and Julian Nagelsmann’s decision to give him so few chances to start matches hasn’t helped either.

It’s a shame because Nelson’s goals had been so important for Hoffenheim early on, either giving them the lead, drawing them level or getting them back into a game from multiple goals down.

Nagelsmann suggested the winger needed to work on his defensive contribution to the team, and that’s why he’s mostly being introduced from the bench. He was always complimentary of the 19-year-old’s response to any setbacks though, and he continued to use him as a late option in matches throughout the season.

One goal every 110 minutes in Hoffenheim colours is a very solid record, considering the German side play in the Champions League and one of Europe’s top five leagues. Nonetheless, the teenager will want to play more regularly next season, whether with Arsenal or on another loan.

Emile Smith Rowe moved on loan in the January window, but he did so with both clubs knowing he’s still recovering from an injury. Unfortunately, that injury has limited the youngster to two brief substitute appearances so far.

Leipzig have been impressed with the teenager’s attitude and application in training and in recovering from injury, even suggesting they’d like to have him on loan again in 2019/20. It’s hard to judge the Arsenal academy star on anything he’s actually done on the pitch though.