Amazing evidence came to light on Wednesday night that proves once and for all that Tottenham have obtained the contract with the devil that Arsenal signed before the Invincibles. 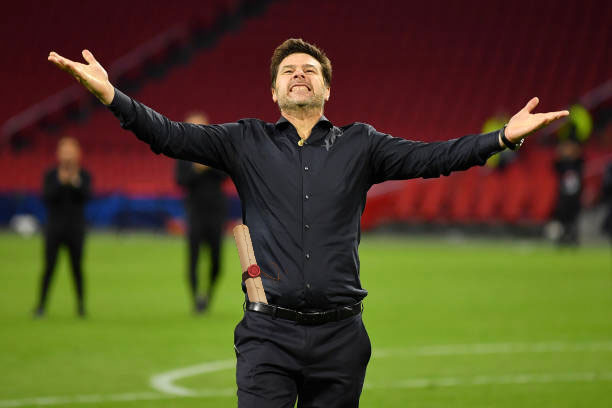 As Mauricio Pochettino rushed onto the pitch to celebrate Tottenham’s unlikely last-minute winner against Ajax in Amsterdam in the Champions League semi-final he forgot to hide the contract which could be seen tucked into the belt of his trousers.

Since Arsenal went through a season unbeaten in 2004, they have endured constant misfortune prompting many fans to speculate that the good luck of the Invincibles season came at the cost of their future.

Although an extraordinary claim, Daily Cannon can now confirm that we have seen the document held by Pochettino and it is indeed the one signed by Arsene Wenger when he arrived at the club, the termination of which came about when Daniel Levy reminded Beelzebub of their family connections.

Although Arsenal’s contract was penned in the devil’s native language of tongues, it was clear that the Gunners agreed to suffer constant embarrassment and stupidity if they could be allowed to go through one season unbeaten and then build their stadium without incident or delay.

While many laughed at Tottenham’s mismanagement in building their own stadium, it seems this was nothing more than a distraction tactic while they attempted to obtain the Invincibles contract for their own use.