Rehanne Skinner’s England team made light work of an ill-disciplined Italian team that finished the game with nine players and the 2-0 win sends them through to the finals to be played in Scotland in this summer. 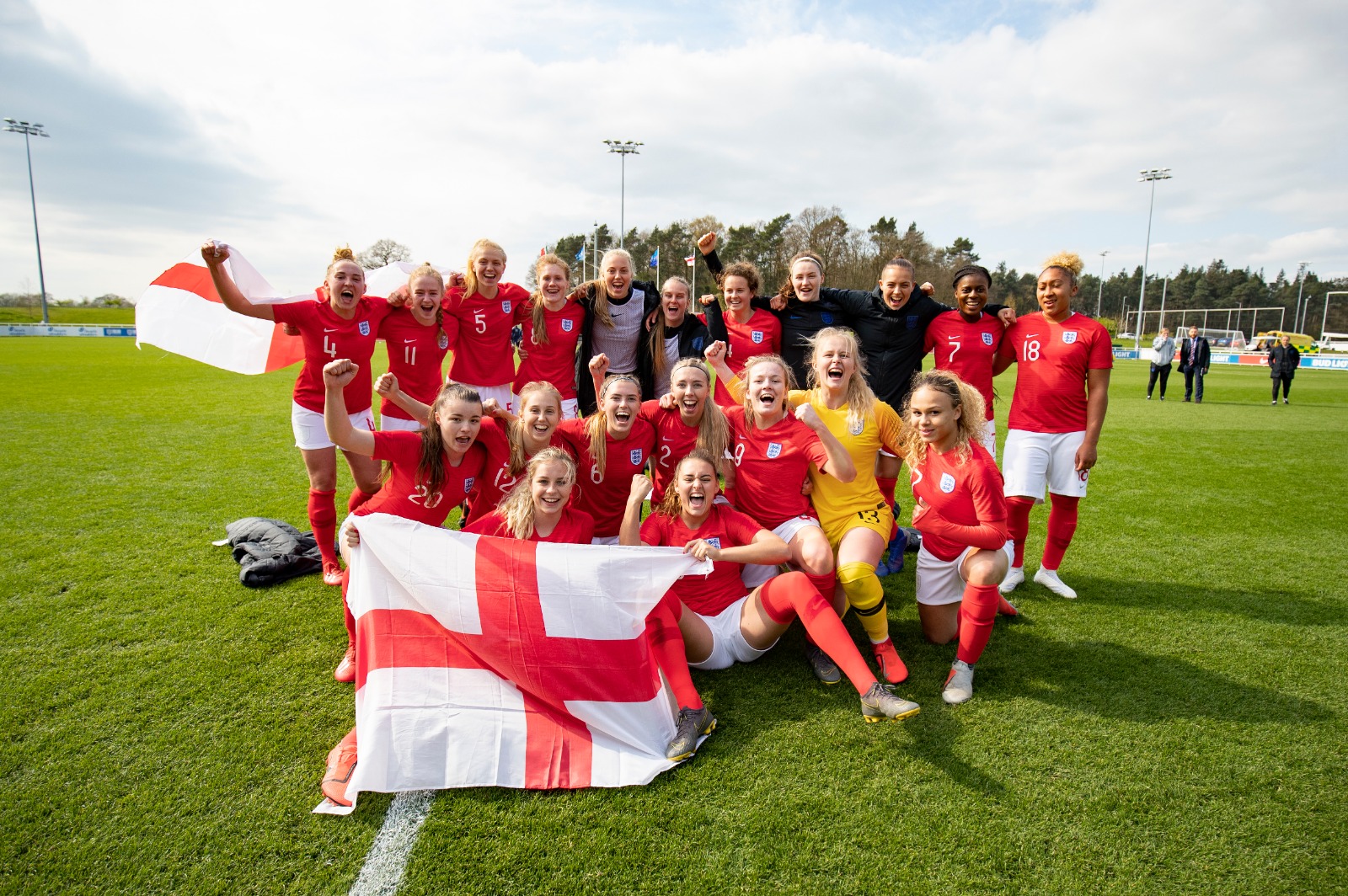 The former Arsenal youngster told us post game that the early goal settled the team: “It was good to get an early goal, from there we were comfortable in our play,” she said.

Lauren Hemp quickly added a second with a brilliant one-two with Naz to put the game away out of Italy’s reach at the early stage. Two goals down, the Italians needed to score three to go through to the finals. 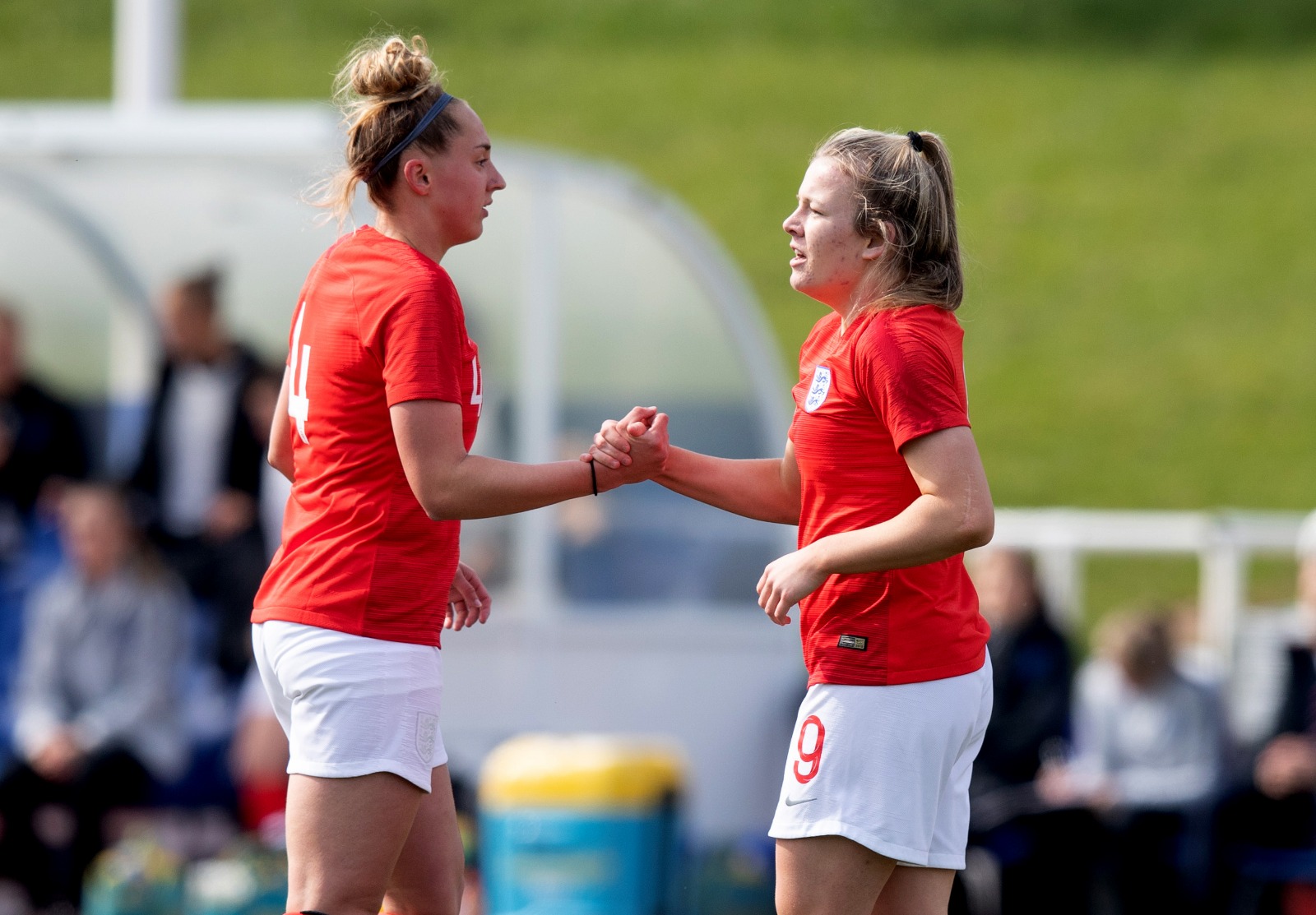 The Italian defence struggled so much against England’s pacey forwards that they had two defenders booked after 20 minutes and subbed one of them off. They faced waves of attack from Rutheford, Naz and Hemp and were too slow to catch up with them. England’s attacking enterprise was rewarded by an excellent referee.

She was not afraid to book players who were pulling shirts for tactical reasons and did not tolerate dissent. Italy ended up down to nine players. Two players ended up with two bookable yellows and off they went.

Soffia made a tactical and dangerous foul and was given her marching orders in first half injury time. Panzeri went off within an hour of play. She was booked for another dangerous foul and complained so much to the referee that a second yellow for dissent was shown to her.

I would love to see that kind of no-nonsense referee in the FA WSL. It would work wonders. There is less risk of aggro or a player injury when they are all on a tight leash.

The game kind of petered out in the second half as you would have expected England to score a few more as they had 15 minutes against 10 players and then 30 against nine. But it did not happen as Italy gave it a good go and threatened Hampton’s goal a few times. In the end, 2-0 was enough and England are through to the finals.

Rehanne Skinner was asked about the achievement in going into the finals and the aim of qualifying for the 2020 u-20 World Cup. “As England teams, we’re looking to be regular contenders in World Cup finals and Euro finals, that’s something we’re striving towards,” she said.

“It’s been on our radar since we got this group last August and the players are well aware that that’s the ultimate aim – to get ourselves to a World Cup.”

The top three teams at the Euros (winner, runner-up and third place play-off winner) will qualify for the World Cup to be played next year in a location not yet disclosed by FIFA.

There is no doubt that there are many talented players in that age group with creativity and pace in attack while there are very solid and strong defenders. Qualifying for the World Cup should be the main target alongside winning the trophy.

The draw will be made in Glasgow on 16 April at 1pm with the finals played between 16 and 28 July.

There will be two groups of four and the winners will go through to the semi-finals.

There won’t be many weak teams at the Euros as the other seven teams are hosts Scotland, Germany, Belgium, Norway, Spain, Netherlands and France.