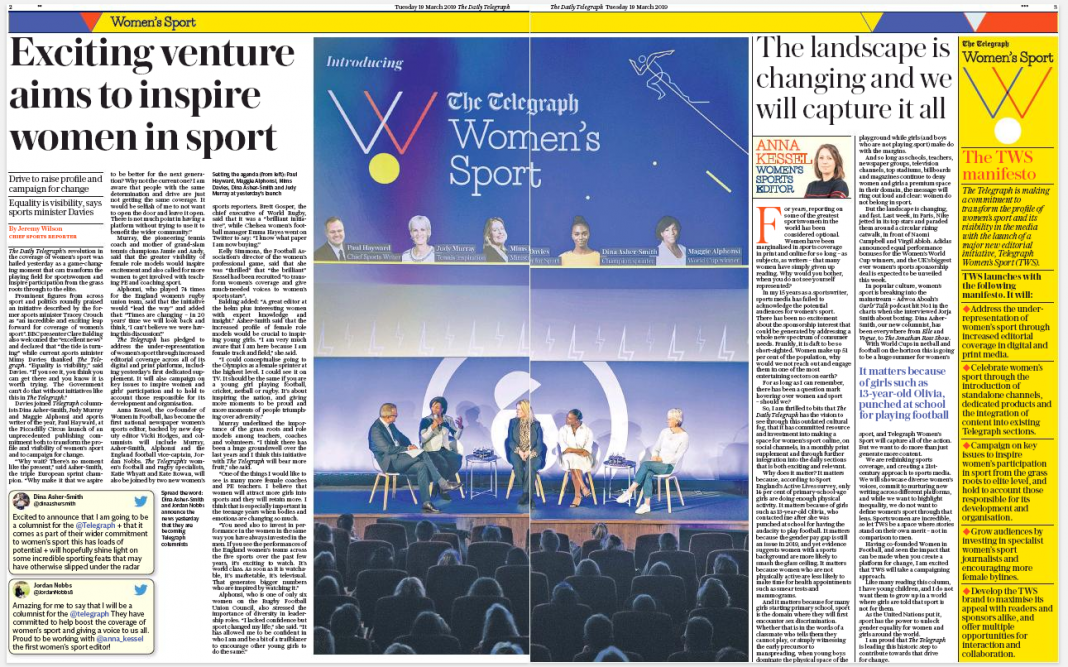 Recently, the Daily Telegraph made a really big deal of a new initiative they were launching to increase coverage of women’s sport in their paper but what does that look like?

The Telegraph is making a commitment to transform the profile of women’s sport and its visibility in the media with the launch of a major new editorial initiative, Telegraph Women’s Sport (TWS).

TWS launches with the following manifesto. It will:

It is a welcome, if long overdue move, but what does it really mean?

Well, not much if Sunday’s papers are anything to go by.

Despite their pledge, in the Sunday Telegraph they have a pull-out with 12 pages of sports coverage. In total, there are 32 articles, plus roundups and league tables and the like. Women get one article and just over 1/3 of a page.

The Mail on Sunday were even worse. They had 25 pages of sport and provided one-fifth of a page for a single article on women’s sport.

These are, perhaps, three of the biggest papers (I don’t have access to the Sunday Times through the app I use and I’m not giving Rupert Murdoch any money) and between them they provided space for two articles on women’s sport and one on trans women – and that’s a discussion of trans people’s place in sport to avoid upsetting all those people who aren’t trans and have had everything their own way since sport began.

Wanting to improve the coverage of women’s sport is great and should not only be encouraged but demanded of a national media that still treats ‘sport’ and ‘men’s sport’ as if they are one and the same thing.

But it cannot be enough to pay lip service to women, to garner plaudits for intentions without delivering.