Dele Alli reacted to getting hit on the head by a bottle by gesturing 2-0 to the Arsenal fans but is unlikely to face any further punishment.

As gestures go it was pretty tame and, in true Spurs fashion, something they nicked off Arsenal who did it four years ago.

I have no desire to see Alli get banned for that gesture (banned for existing is another matter), but after Theo Walcott did the same thing, the media uproar resulted in him being ‘reminded of his responsibilities’ by the FA.

No issue at all with Dele Alli’s “2-0” gesture last night. But do recall Walcott taking some flak and being “reminded of his responsibilities” for something remarkably similar in 2014. pic.twitter.com/tjlh0Mu135 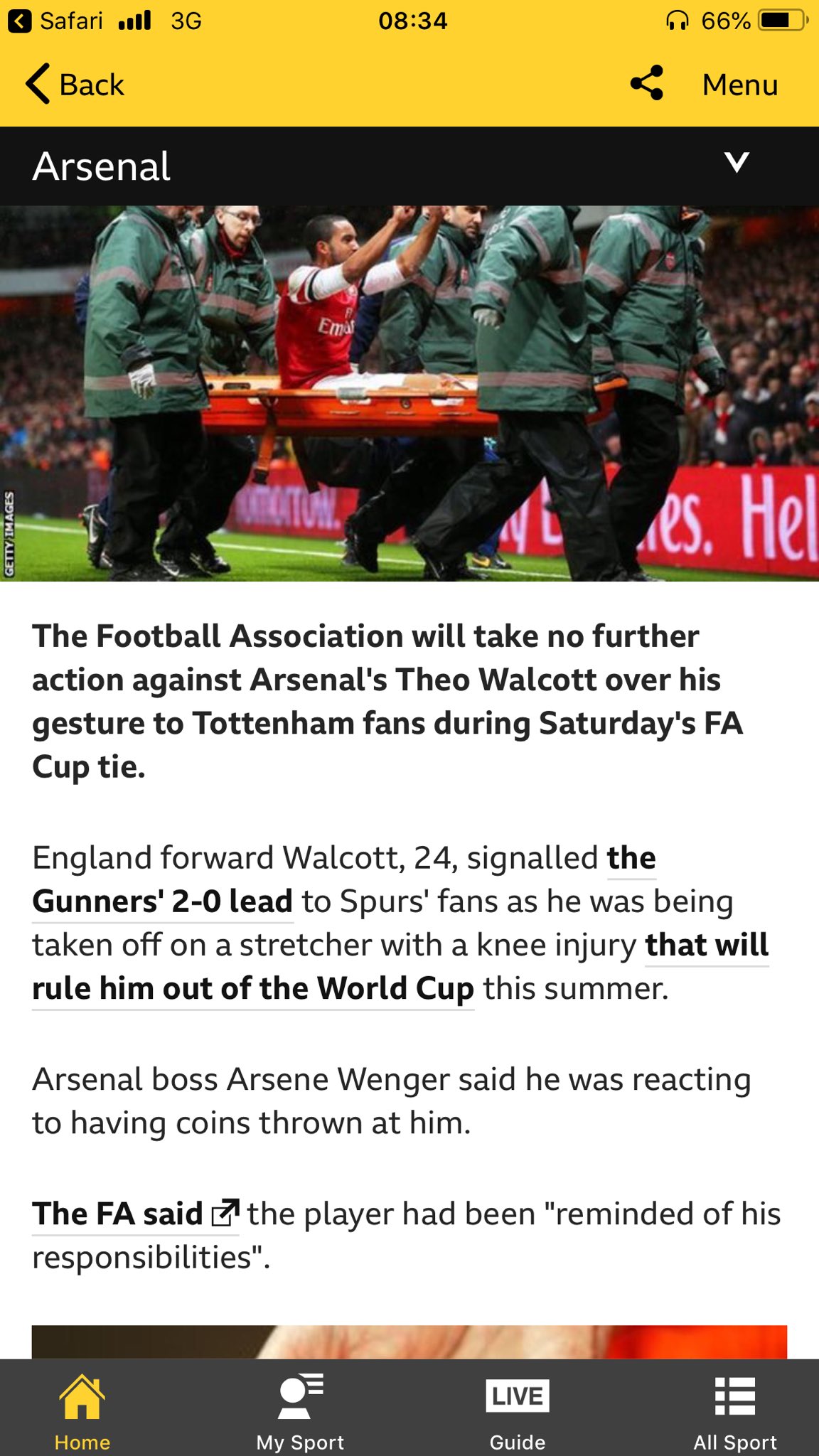 I think it’s fair to ask if we will see a similar sort of response from the FA on this occasion?

I won’t hold my breath…

And in case you’re a Spurs fan wondering my opinion on the bottle being thrown in the first place:

Should probably charge him too. Can't go around throwing bottles at people heads https://t.co/MzcJcIBZOu