Late on Christmas Eve, it was announced that Henrikh Mkhitaryan had suffered a broken metatarsal and would miss around six weeks as he recovered.

Mkhitaryan has enjoyed a mixed season so far but seems to have the trust of Unai Emery in the side so no matter what many fans think about his loss for the start of 2019, it is a blow to Emery’s plans.

The update on Arsenal.com was simple, it just said, “Right foot. Fractured metatarsal. Expected to return to full training in six weeks.”

Heading into the game against Brighton, Emery knows that one more yellow for Lucas Torreira means that his side travels to Anfield without one of his most influential players. Many managers would consider benching Torreira for the trip to the seaside, but Emery has no plans to do that.

“The same three points are in Brighton that are in Liverpool and we are going to play first in Brighton. It’s a tough match and we will need every player with 100 per cent focus. I don’t want him to think about the possibility of a suspension for one yellow card.” 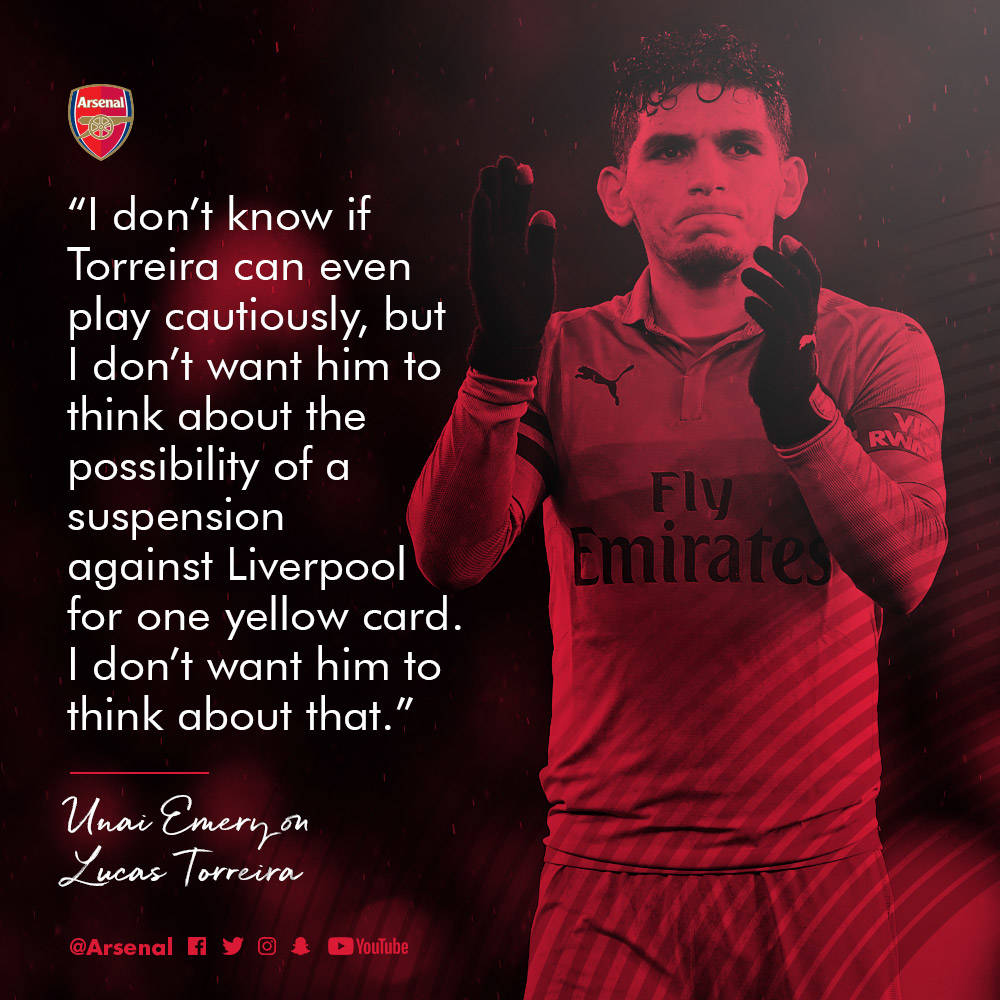 Arsenal will play in their away kit for their game at Ammex rather than the toothpaste kit.