Crystal Palace’s academy director, Gary Issott, has confirmed that the club did indeed try to sign Alex Iwobi a few years back when Arsenal told him they didn’t care if he left.

This week, Alex Iwobi revealed that he turned down a move to Celtic in 2012 because he didn’t feel ready to move to Scotland after Arsenal made it clear he could leave the club if he wanted.

Iwobi was always been Arsene Wenger’s darling. That was the narrative, at least. The Frenchman brought Iwobi into the first team in 2015 and stuck by the Nigerian even when his form dropped significantly.

What is surprising to learn, then, is that the club were more than prepared to let him leave when he was 16, three years before he made his debut.

“My situation was weird,” Iwobi told Arsenal’s matchday programme. “There was three of us at the time and we were basically told ‘stay if you want, or if not you are free to go.

“It was up to me and at that moment I went to the Crystal Palace training ground to see them.

“I had offers from Celtic and Southampton as well. Celtic was the main one but I wasn’t ready to go to Scotland. I thought it was best to stay at Arsenal but I have to say it felt weird.

“I was playing for England but I felt maybe I wasn’t rated. My England team-mates and everyone else was getting in my ear saying that Arsenal don’t love me because they weren’t offering me a deal.

“It was hard especially because at school as well everyone was talking about it.”

Football.London got in touch with Palace to confirm this story. “I remember it well,” said Issott. 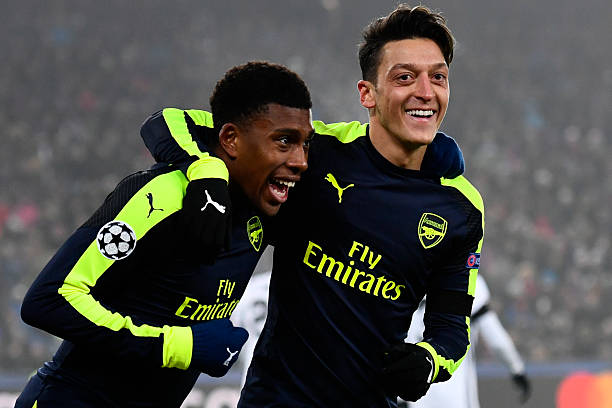 “He came to the training ground. [The then director of the Arsenal youth academy] Liam Brady had said he was free to go and speak to other clubs.

“It was in 2011 on a Sunday morning. We had him in and he was looking around, and as he said, I think there was interest from Southampton and Celtic too. We made him an offer, but he decided to stay at Arsenal and it is interesting to see how he has got on since then.

“He was an U16 player at the time, but it just shows how well he has done. He has gone from not being at the top end of the group to becoming an established player at first-team level at Arsenal.

“Of course it was disappointing for us,” Issott added.

“We had conversations with him at Palace and I know there were other clubs interested too. But it just goes to show that everyone’s journey is a bit different, and he has come from that group to become a first team player.

“It is a good lesson for all young players that if you apply yourself as he did, going back to Arsenal and training hard and focusing on his game, it shows what you can do.”

At times this season, Iwobi has shown flashes of the talent we all know is in there but as he came on as a second-half sub against Huddersfield on Saturday I couldn’t help but feel there’s something a little bit ‘Walcotty’ with Iwobi – a player brimming with talent who will never quite put it altogether to become the player we all want him to be.