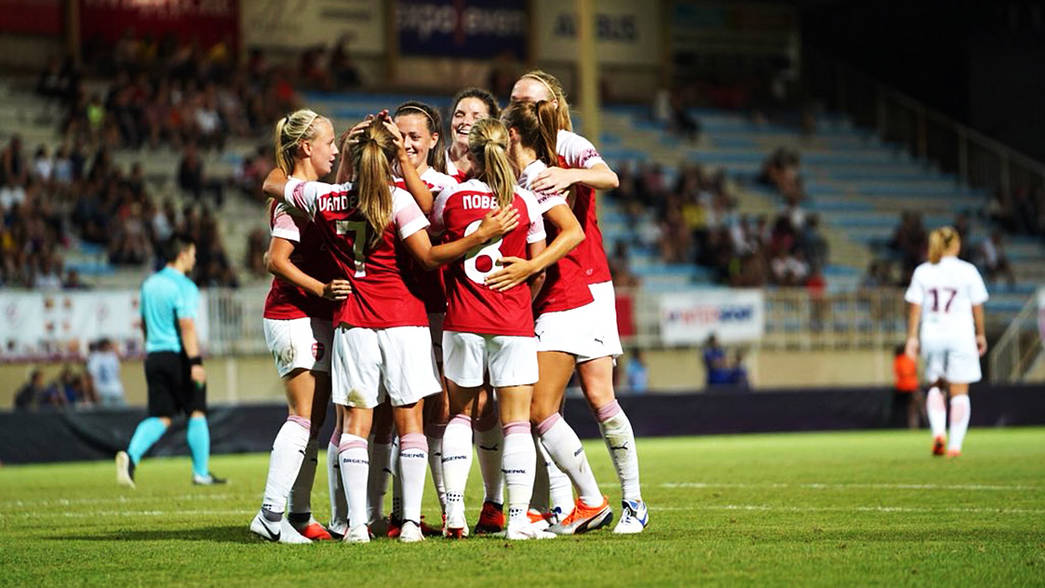 One of the main differences between men’s and women’s football is the attendance.

At the Emirates, you will get around 60k while at Borehamwood it rarely gets above 1k. Therefore, crowd behaviour creates a different environment.

For example, on Sunday, I went to a Cup tie between third and fourth tier sides and we had the typical behaviour of what I call ‘idiots’.

In a way, those people behave the same way at men’s and women’s games. The guy who spends 90 minutes (wrongly) berating the referee and shouting instructions to the players can also be found at the Emirates Stadium in the upper tier behind the goal.

But at games with such a small crowd, that same ‘idiot’ makes a big difference. Firstly, everyone in the ground can hear him. The players also hear him. The guy embarrasses himself shouting instructions to players while there is a manager who is paid to do just that.

There is also the non-segregation problem with fans from both sides mixing at women’s games. I have seen player’s parents telling those kinds of fans to calm down because they are having a go at their daughter.

Sunday was a typical cup tie. It was tense enough on the pitch and that idiot just added more pressure from the stand.

The parent of one of the players on the away team took exception to the guy constantly barking and they started to have a little war of words. Thankfully, both calmed down by the final whistle because, with no segregation, they were just 10 yards from one another and you never know what could happen.

Security was non-existent, standard for games at this level and below in women’s football. It is much better in the FA WSL as they employ overzealous jobsworth stewards instead.

There is a well-known steward at Borehamwood who tried to take my friend’s phone and delete the pictures he took during the game.

Another good example of impactful behaviour in a small crowd at a QPR game in the FA WPL last year. One away fan got on the referee’s case from the kick-off.

He was standing behind the goal and the abuse started in the second minute when the referee gave a goal-kick rather than a corner to the away team.

These grounds are so small that the abuse becomes very personal and people can get in the referee’s face. This guy was five yards away from the official. The anger and hatred from the guy was so loud that I could hear everything from the half-way line.

The away team were actually providing radio coverage and someone went around the pitch to tell him to be quiet because everything he was screaming could be heard on the broadcast.

You also get players’ parents and family members and fans who criticise every move and player, including their own daughter.  Nothing is good enough for them! This stuff is tiring, especially when they have little understanding of the game.

Not every pass is completed, not every shot will be on target. Decision making is erratic and subjected to forensic analysis and criticism. It’s probably the same kind of idiots who think Ozil does not defend enough when it is not his job to do so.

It seems football is the perfect place for fans to release anger accumulated during the week but I just don’t get it.

What kind of people spend 90 minutes moaning and bitching at a game? Do they want to be entertained? Do they want to see their team win? Why do they come to football with such anger and venom?

On the other side, I spent the second half chatting to spectators. One was an ex-Arsenal youth player who got four or five games before moving away and another is a full international who was involved in a big game on Friday in Newport.

It was a very interesting chat and well worth the trip. It is just a shame about the moron barking around us.

People need to learn to behave at football games.