Carl Jenkinson’s girlfriend has started a rumour frenzy in Swansea after she posted a picture of  their ground.

Well, maybe ‘frenzy’ is too strong a word. This is Carl Jenkinson, after all.

I’d no sooner sent a message to the Daily Cannon team in our Slack group saying ‘Carl Jenkinson, discuss’ realising he was still at the club and not being linked with a move anywhere Then I came across this from his girlfriend: 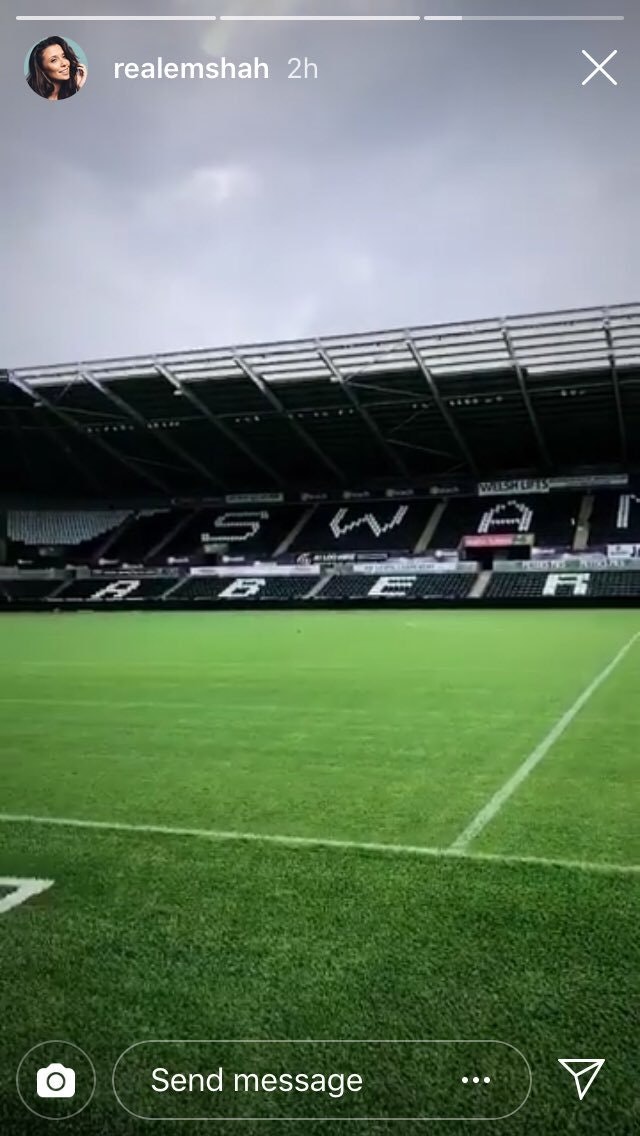 Why would she be there? There seems to be only one logical explanation – Jenks is on his way to Wales!

A little bit of digging turned up a second photo:

WalesOnline, however, report that Swansea have denied they are making a move for Jenkinson, who still, remarkably, has two years still remaining on his current Arsenal deal.

It’s impossible to imagine the 26-year-old playing any role at the club under Unai Emery. I fully expect him to leave the club in some capacity before the end of August.

The club are looking to sell Jenkinson but may have to settle for another loan due to his wages. Jenkinson currently earns £45,000-per-week and that’s guaranteed until 2020 as long as he remains an Arsenal player.

Wages have reportedly stopped Jenkinson for signing for a few clubs over the past 18 months, most notably Crystal Palace in January 2017 when Sam Allardyce hinted at the problem.