Arsenal appointed Andy Woodman as head of their Academy goalkeeping department as they continue to rebuild and reorganise, so how is that department looking now?

Although Woodman has been with Arsenal for the past 12 months, the club only decided to appoint him to this new role in June as they looked to strengthen the goalkeeping department which took a massive hit over the summer.

David Ospina has been sent on loan to Napoli, Matt Macey went on loan to Plymouth, while Ryan Huddart, Hugo Keto, Alex Crean and Joao Virginia all left.

Woodman will oversee the development of goalkeepers through the academy between the ages of u9 and u23.

The club have also appointed specialist goalkeeping coach, Sebastian Barton, from Millwall. Barton will work primarily with the young keepers in the u9-u14 age groups.

Chris Terpcou has also arrived from Newcastle to work with the u14-u18 keepers. Terpcou enjoyed a lot of success with Newcastle United youngsters. One example is the development of Freddie Woodman, who worked his way up into the England u21 side last summer, and who kept three clean sheets in five matches during a short loan spell at Aberdeen. 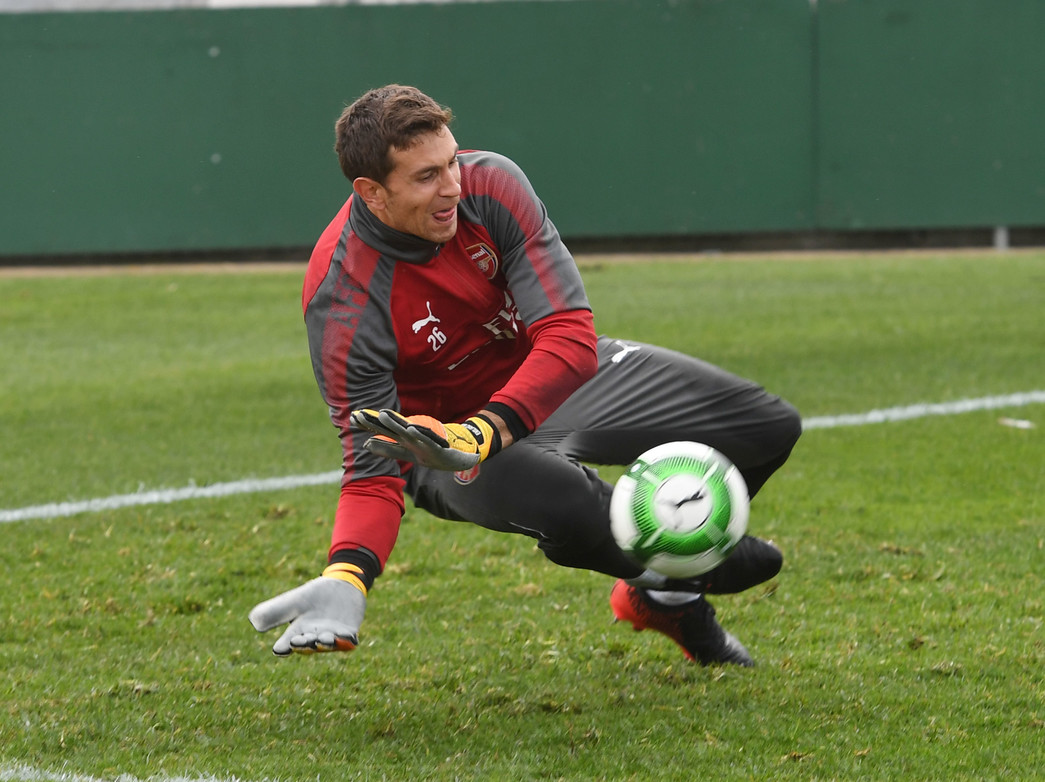 Paris Saint-Germain goalkeeping coach Javi Garcia also signed for Arsenal this summer, following Emery to the club to work with the senior goalkeepers.

In France, the move was seen as a ‘big loss’ for PSG with Garcia very highly rated in the capital.

Their loss is Arsenal’s gain, as the Gunners have really struggled with goalkeepers in recent years. Plenty of shot-stoppers have joined the club with good reputations, only to go on to make mistake after mistake each week.

The most prominent recent example of that is, of course, Petr Cech, who joined as one of the best ‘keepers in Premier League history, and who topped Europe’s top five leagues for errors directly leading to goals last season.

The problem has been put down to former Arsenal goalkeeping coach Gerry Peyton in recent years. He was the only constant as the club moved from one goalkeeper to another, after all. It was rumoured that Arsenal had a choice between keeping Peyton or Wojciech Szczesny after a falling out between the pair and they opted to sell the latter in a move many fans will never forget.

Whether Peyton really was the problem, it’s hard to say but it seems obvious. Szczesny certainly improved upon leaving for AS Roma, keeping Alisson Becker from the team before signing for Juventus to replace Gianluigi Buffon.