Mesut Özil has made Arsenal fans fall in love with him all over again in the last 24 hours, and not just on the pitch.

The German gave supporters a number of reasons to be happy in Arsenal’s friendly against PSG. The Gunners ran riot in the first-half, creating chances for fun, as usual when Özil is around. The 29-year-old captained the side, and he scored the opening goal in their 5-1 victory.

After the game, Elneny posted a picture with Özil, and fans spotted the playmaker was wearing a watch with the clock face from the Clock End at the Emirates Stadium.

Mesut Özil seems to be wearing a Clock End watch. I love him. pic.twitter.com/ArFmCJO4mf

Although the initial picture wasn’t entirely conclusive, some more digging revealed this was the watch Özil spent £30,000 on at an Arsenal charity auction in May. 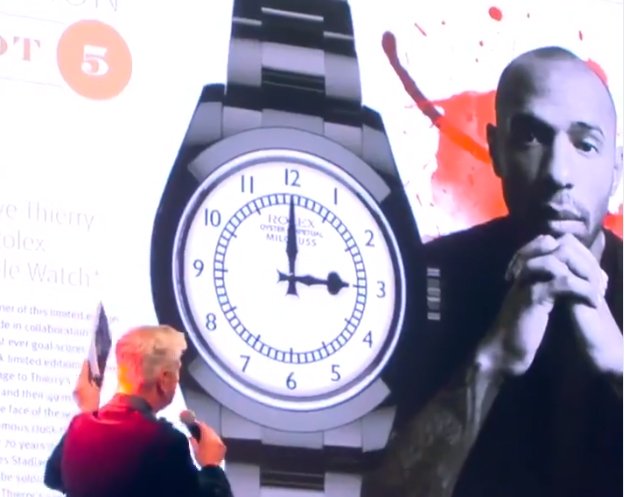 Clearly the purchase wasn’t just for show, as he even takes the timepiece on tour with him to Singapore.

At a time when Özil no longer feels he can represent his country, because of the discrimination he’s experiencing in Germany, it’s great to see he can still proudly flaunt his club’s colours and traditions.

Arsenal fans took to Twitter to show their love for Mesut after the photo emerged:

As if I could love Mes anymore than I already do❤️ https://t.co/1jIZbDhk4r

Love Özil so much https://t.co/BtzoCKIoYx