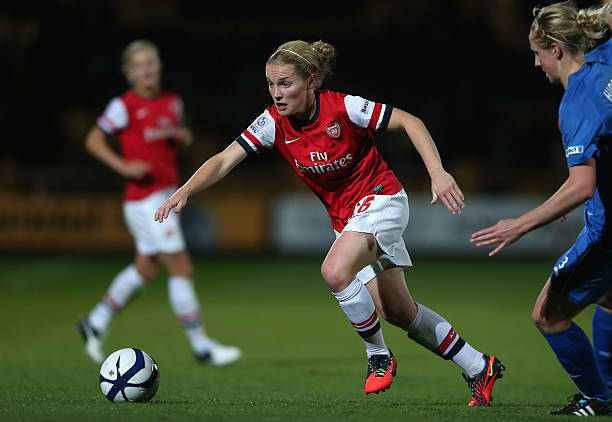 If we look at the current Arsenal squad, it is a vibrant multi-cultural international group, but do we have enough home-grown players to comply with the FA WSL rules?

It is important to note that everything in this article is based on the 2017/18 rules as the FA has not published the new ones despite being just three weeks away from the season’s start.

It will be interesting to see the FA stance’s on Brexit and foreign players becoming migrants and the future implications for teams.

Unlike the men’s Premier League that decides independently from the FA or rules on foreigners, the FA WSL and Championship rules are decided by the FA.

The second rule was about having 50% of homegrown players in the squad.

As we currently have 18 players signed, that means Arsenal need nine homegrown players.

“Home Grown” means irrespective of nationality or age, any Player who has been registered with a Club or club affiliated to an Affiliated Association for a period, continuous or not, of three (3) seasons or thirty six (36) months prior to their twenty-first birthday (or the end of the season in which the player turns twenty-one (21)).”

Let’s have a look at the nationalities in the squad:

According to the FA’s homegrown definition, Arsenal have five.

The four English players, who came through the junior ranks of English teams plus Kim Little, who came to Arsenal as a 16-year-old.

That means we currently have 28% homegrown players in the squad.

My guess is the FA must have changed the rules for this 2018/19 season with Brexit coming in on March 19 towards the end of it.

If they have kept the same rules about the homegrown players, Houston we have a problem.