The government of Qatar is taking the United Arab Emirates to the United Nations Court of Justice over what it claims are human rights violations by the government that owns Emirates Airlines. 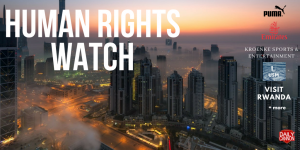 Doha claim that the boycott imposed on the country last summer by UAE, Saudi Arabia, Bahrain and Egypt is aimed at ‘stripping it of its sovereignty’ as well as a number of other measures which discriminate against Qataris.

These include expulsions, entry refusals, and the closure of seaports and airspace to Qatar.

“As set forth in detail in Qatar’s application to the International Court, the UAE led these actions, which have had a devastating effect on the human rights of Qataris and residents of Qatar,” the government said in a statement.

Anwar Gargash, UAE’s Minister for State and Foreign Affairs dismissed the claims as ‘lies’ in a post on Twitter, the go-to forum for political statements these days, it seems.

“Qatar said that it would bring an action against the UAE before the International Court of Justice because of what it described as human rights violations. We say that the one who dared to lie in his allegations about Hajj is not surprised by this fall,” he tweeted.

“We will witness further falls as a result of the failure of the confounded and his despair to decipher his crisis, and the absence of wisdom and good governance as a result of digging a hole in which he falls and who is a stone behind him.”

Qatar has asked the court to make the UAE comply with its obligations under CERD, the International Convention on the Elimination of All Forms of Racial Discrimination, which also includes a nationality provision.

Qatar are also asking for reparations, including compensation, but have offered no specifics of what they are looking for exactly.

As part of our new and ongoing project to keep an eye on Arsenal’s sponsors, you can check out the latest stories on our Human Rights Watch page.

Arsenal u23s thrash Everton: Will any face Leeds in the League...