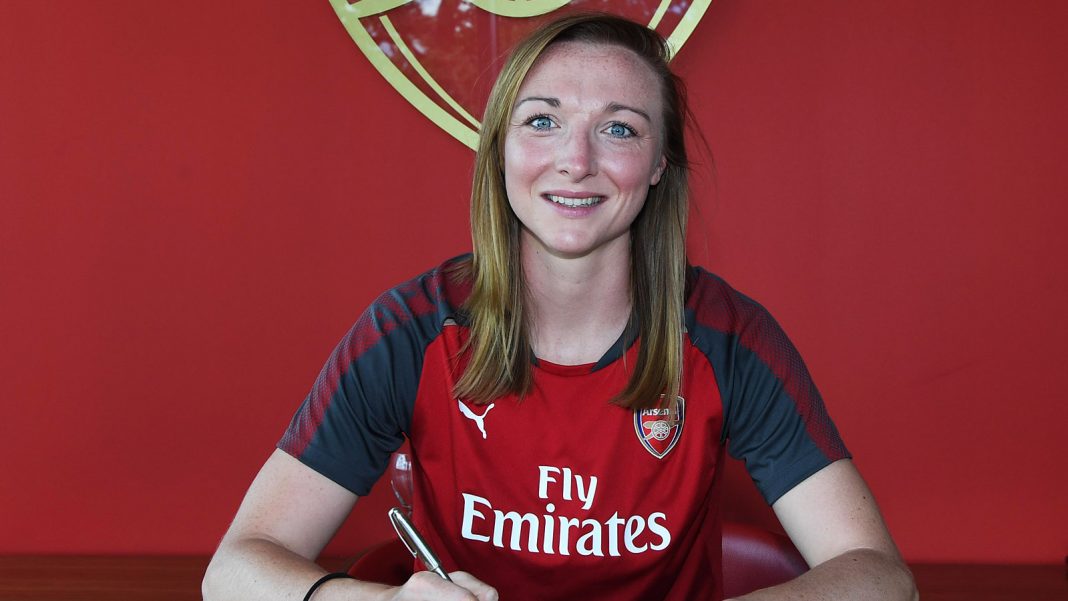 After the FA Cup final, Daily Cannon caught up with Louise Quinn and Joe Montemurro.

The Irish centre-back, who was superb during the final, was obviously disappointed by the result but also in good spirit after that defeat.

On her feelings after the game:

“We feel that maybe we could have performed a little bit better, even some of the basics, sticking to it. It’s not nice, it was not our day, Chelsea earned it, played well. It was not for the lack of trying there was a lot of determination from everyone, but it was not enough.”

About facing a tough attacking team and specifically preparing to play against them:

“Sometimes you have to set your own tactics, but with the quality players they have, there is no way to specifically stop them. You probably have to close out some spaces a bit better. Sometimes they had too much space. You want to do better in those situations especially as a defender.”

It is true that the Chelsea players found a lot of space between the defensive and midfield line and were able to exploit those pockets of space with their forwards, Bachmann and Kirby.

About the setback of conceding a third goal straight after getting a goal back to 2-1:

“We were feeling optimistic when it went to 2-1, but then you have to keep your concentration, so that was a massive kick in the arse.”

About the way the season set up following the change of manager:

“We are building blocks, you can see that we definitely lifted ourselves up especially with the Conti Cup. We realised we had to battle back. I think we did. So much work was put into that we run out of a little bit of steam for this sort of occasion. That’s exactly why we are gonna keep going forward.”

On the manager’s impact on the team:

“Joe has been brilliant for us. To have him from the start of the season will obviously mean good things for the club.”

At the press conference, the Arsenal manager, Joe Montemurro was asked many questions including a very intriguing one – why throw-ins seem to fail during the game as we gave the ball way back to Chelsea quite often:

“Chelsea set numbers ball-side and we were not brave enough to change the point of attack to go the other way.”

Quite an important point indeed. We did not see any diagonal balls to switch play from one wing to the other to relieve pressure on the players who were pressed quite high on the pitch by Chelsea.

“Simple as that, we went back into the pressure, it was a problem with both structural and technical errors,” Montemurro continued.

Obviously, the team paid a heavy price for those kind of errors against a top quality team like Chelsea and something that went wrong on the day with the team set-up.