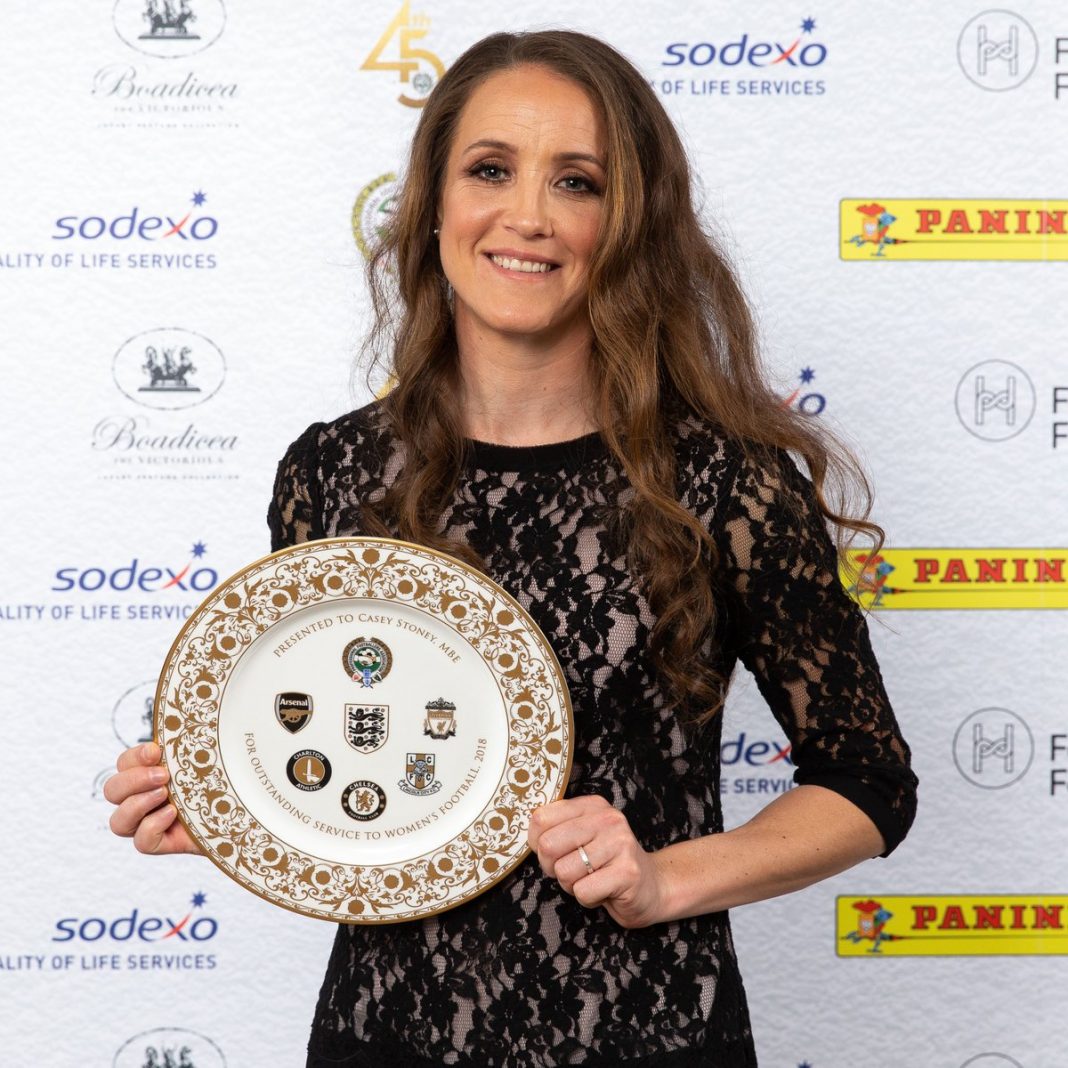 The PFA awards took place on Sunday night at the Grovesnor hotel and three awards were given to female players, including one to a former Arsenal star.

First, the FA WSL Team of Year was named and Arsenal’s Bethany Mead was rightly selected by her peers.

It is well deserved considering how good her 2017/18 season has been.

She has scored multiple match-winning goals and has been on fire for the whole campaign. Playing her on the wing rather than in her preferred centre forward role has paid dividends.

The Special Achievement Award was given to an England legend, and former Arsenal centre-back Casey Stoney, who has now embarked on her coaching career.

She is one of the assistant to the Lionesses’ manager Phil Neville.

The youth player award went to 18-year-old striker, Lauren Hemp from Bristol City. She made a seamless transition from youth to senior football this season.

Hemp is a starter for her club and an England u19 regular who could make the England u20 squad for the World Cup in France this August.

Congratulations to Lauren Hemp, the women’s PFA Young Player of the Year in association with @SodexoUK_IRE 🏆👏 #PFAAwards pic.twitter.com/BLPLhxq21K

She plays as a second striker and is a quick and technical player. Kirby can run behind the opposition defence at full speed, taking on and beating defenders one-on-one.

She is also quite an intelligent player with her movement off the ball and knows where to position herself between the opposition’s line. Given she can also finish and assists her team-mates, she is definitely the right recipient for the award.

Congratulations to Fran Kirby, the women’s PFA Players’ Player of the Year in association with @SodexoUK_IRE 👏🏆 #PFAAwards pic.twitter.com/hebqW4OD2P

Hopefully there will be more Arsenal players nominated next year as the team’s performance has improved recently.