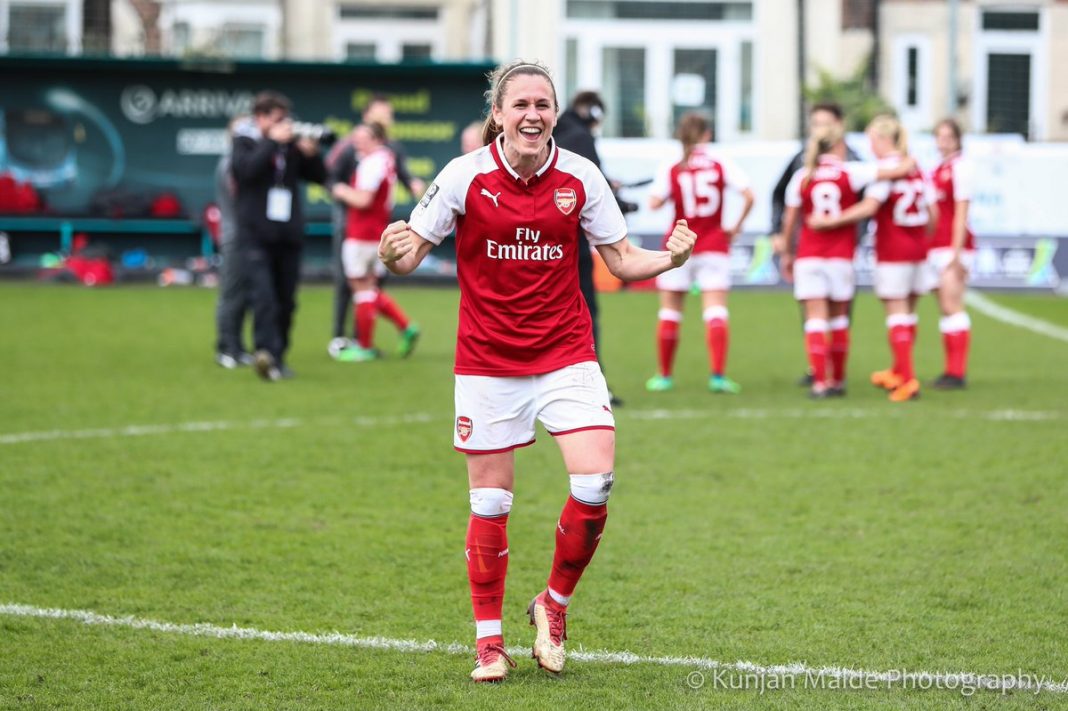 The Arsenal are on their way to Wembley following their 2-1 win at Everton Ladies’ Marine FC.

It was tight encounter and Everton gave a good account of themselves despite their very young team forcing Arsenal to snatch their win at the very end of the match.

Another look at that cool @DanielleCarter finish to put @ArsenalWFC ahead! 😎

The former Arsenal striker, Chloe Kelly, who moved in January equalised from the penalty spot following a foul on Olivia Chance:

GOAL! @Chloe_Kelly98 levels from the spot against her old side and it's all square between @EvertonLadies and @ArsenalWFC.

Irish centre-back, Louise Quinn, won it at the death with a header deep into injury time, sending Arsenal to Wembley:

Big thanks to @BBCSport for the clips – make sure you tune into the second of our semi-finals, live on @BBCTwo from 3.15pm. pic.twitter.com/tp52aSdl2D

The starting 11 for the game was unusual as Joe Montemurro decided to drop two of his Dutch superstars in Danielle Van De Donk and Anna Miedema.

Wednesday’s game against Reading will give us an indication if they were actually dropped because of lack of form/manager’s choice or because of squad rotation.

Speaking to the media after the game, Carter, who scored the opening goal, said, “In the second half we created just as many chances and it was probably our fault in a way that we made it such a dramatic game.

“But we always had belief – with the players in the pitch and the ones that we brought on – that we would win.

“We now have a chance to win our 15th FA Cup, which is massive and we are just going to go into that game and try and get the job done.”

“With the chances we had, we were on top. I hope it was a good spectacle for the fans,” the Arsenal manager, Joe Montemurro, added.

The FA Women’s Cup final will be played on Saturday, 5th of May at Wembley Stadium with a 5.30 pm ko. Tickets are on sale here, children go free with adults paying £15.