Bordeaux boss Gus Poyet has confirmed that Malcom will be leaving the Ligue 1 club ‘sooner or later’ after they almost ‘lost’ him in January.

This weekend has been all over the place when it comes to Malcom’s potential exit from Bordeaux but it now appears that Poyet has confirmed the 20-year-old could be heading to the Premier League in the summer.

“(Malcom) is a special player who can win matches on his own,” Poyet told Marca.

“He is often double-marked because his talent is that special, and in January we were nervous because we almost lost him to the Premier League.

“We must prepare for this because sooner or later he will leave.”

Last week, Malcom told the Brazilian media that Bordeaux had promised to let him leave in the summer if he chose to stay with them for the rest of the season.

“I will choose the team, and Bordeaux will let me go,” Malcom told UOL.

“I already said that I would have liked to leave this winter to meet new challenges. 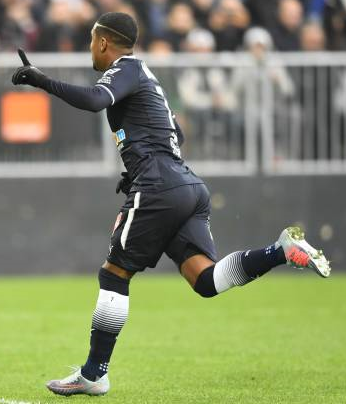 “But I must also remember that Bordeaux helped me a lot.

“I gave my word to Bordeaux that I will continue [with the club] to be able to have more time to choose my future club.

“These next three or four months will make a big difference.”

Both Arsenal and Tottenham were linked with the winger but the French club’s £45m valuation put off both north London sides.

In response to Malcom’s comments, Bordeaux insisted that no such promise had been made and that they would discuss the young forward’s future in the summer.

“We did not promise. We will review his case this summer, for sure.

“He made no secret of his desire to leave. We’ll talk about it again this summer,” Bordeaux president Stephane Martin told SFR Sport (via Le10Sport).

Although Poyet hasn’t exactly contradicted his club’s comments on the matter, he’s probably revealed a little too much information.

He’s not supposed to let on that Bordeaux were worried about losing the player to a Premier League club in January – they’re supposed to seem strong and unfazed, or apparently this could weaken their bargaining position come summer.

Interestingly, a throwaway line in the Le10Sport report says that Arsenal weren’t planning to return for Malcom in the summer anyway.

However, tabloids like the S*n are still linking them.

I guess we’ll see in the summer.