Ray Parlour believes that Arsenal should take a gamble when appointing Arsene Wenger’s successor and give Patrick Vieira the job.

Even though Vieira left Arsenal for Juventus in 2005, the former midfielder has always made it clear that he still loves the club. Even after he joined Manchester City and then took up a coaching role there, he maintained that he was never offered a job at Arsenal.

Now Parlour, who knows the best online casinos that payout and also played alongside Vieira from 1996-2004, believes the Frenchman could be the right man to take over from Arsene Wenger.

“The club need a plan behind the scenes now,” Parlour told Sky Sports.

“They may decide to go with an inexperienced person like Patrick Vieira or Thierry Henry.

“Or do we want to go with someone who has Champions League experience like Diego Simeone?

“Obviously then there’s Carlo Ancelotti, who has managed some of the biggest clubs in the world. 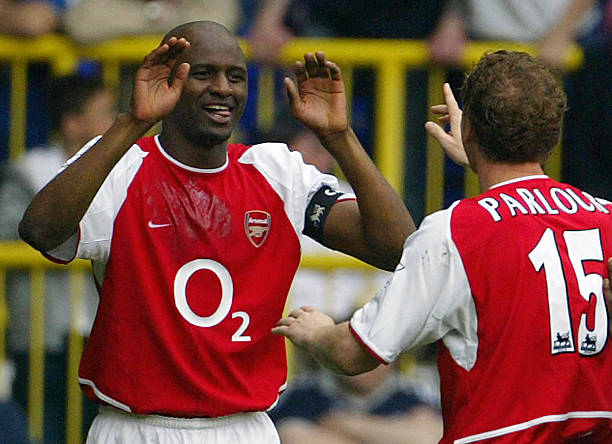 “But the one I would take a gamble on, and I think he’d be given time, is Patrick Vieira.

“He’s managed in New York. He knows the club very well and he knows the history of the club.

“I think he could attract big players and I think the fans would give him a chance as well.”

Vieira has been first team coach of New York City FC since 2016. The 41-year-old helped them finish in second in the MLS last term. Therefore, while he’s inexperienced compared to the likes of Carlo Ancelotti, he’s a manager on the up.

At the moment, I don’t think most fans care who takes over from Wenger. Arsenal just need change. Although, I don’t think the next coach that comes in will be long-term.

My personal opinion is that someone like Ancelotti could come in for a couple of years in order to keep the club competitive. Then, someone long-term, possibly Vieira or Thierry Henry, would come in and take over.

Whether Arsenal will actually do this is anyone’s guess. Although there is something slightly romantic about a former player taking over.

Former Arsenal captain removed from Bordeaux squad: Too many errors, too much money

Surgery for former Arsenal favourite as injuries continue to trouble him