Alexandre Lacazette had Arsenal’s two best chances against Tottenham, but they were more difficult than fans seemed to realise.

There was no shortage of frustration when two seemingly presentable chances dropped to Lacazette yet weren’t converted.

In full flow, both chances looked as if they should have at least hit the target. The fact that they didn’t only exacerbates the irritation felt after such a poor performance and result.

Now that things have calmed down a little, we can look back and see that, actually, those chances weren’t as guilt-edged as we thought.

Hector Bellerin lofted in a cross from the right hand which dropped kindly for Lacazette, who had found space by holding his run.

The Frenchman opted to volley it first time with the side of his foot, rather than take it down.

In real time, it looked like he had time to take it down and pick his spot. 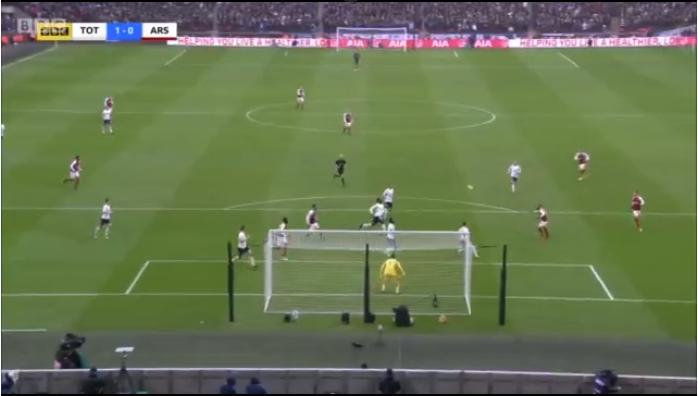 If he takes it down, there’s a good chance his shot will be blocked. Even if he connects well with the volley, there’s still a decent chance of hitting a Spurs player.

The xG score for this chance was just 0.06. It had as much chance of going in as Jack Wilshere’s curling effort from outside of the penalty area earlier in the half.

The second chance, when he was one-on-one with Lloris, was far more clear-cut. It’s xG score was 0.26 – so just over 25% chance of being a goal.

That score is pretty close to the 0.3-0.4 range that most goals end up in, but still not quite what you’d call a guilt-edged opportunity.

The problem was the position of the shot. 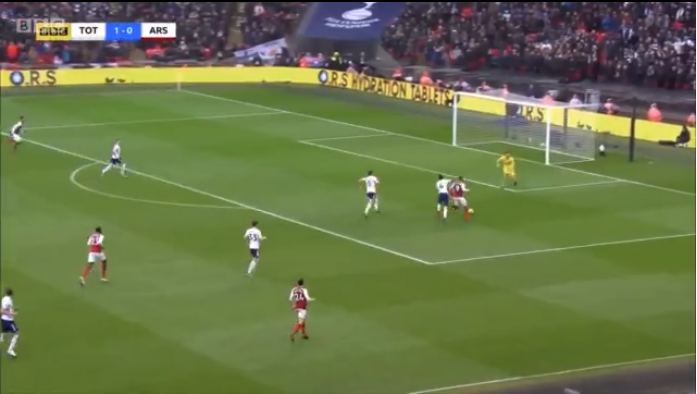 Shots from wider angles are more difficult to score from.

Factor in the pressure he was under from behind, Lloris rushing out to close the angle and the timing of the chance, you can see why he got the technique wrong.

Does a better, or more confident striker score that? Maybe, but it’s worth noting that Harry Kane, the only scorer of the game, missed a far more straight-forward chance that had an xG score of 0.39 in the first half.

So it happens to the best around.

In Lacazette’s case, the timing of his miss went against him.

Position change may not be one-off hints Mikel Arteta