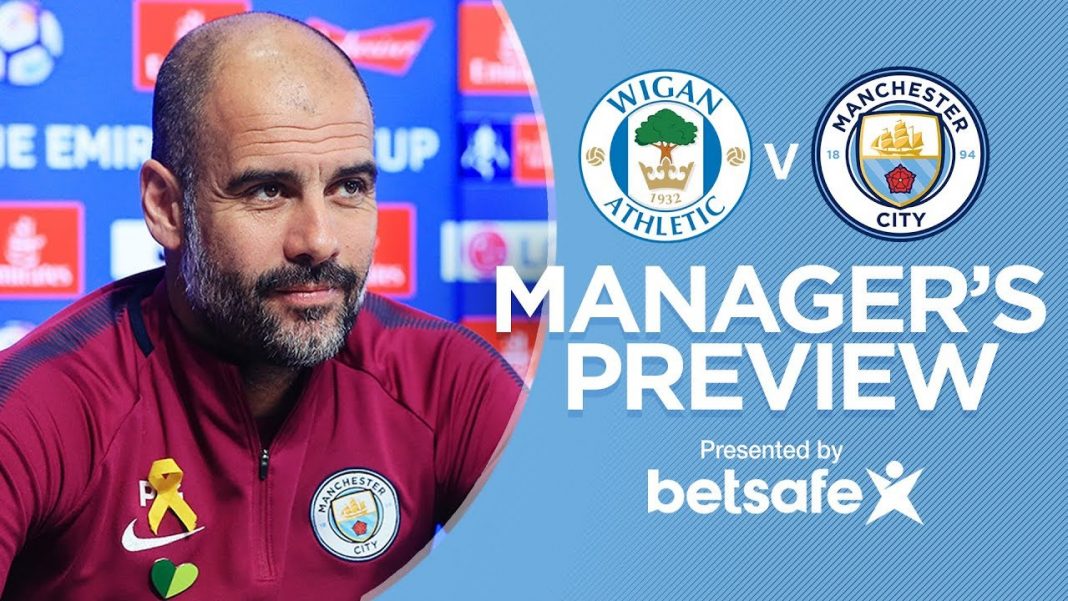 Manchester City have announced that Gabriel Jesus was in training on Friday, as he makes his return from injury ahead of the League Cup final next weekend.

Jesus hasn’t played a match in 2018, after suffering a knee injury on New Year’s Eve against Crystal Palace.

Initially the injury looked like it might be serious enough to even affect his World Cup hopes.

Thankfully for him, it was nowhere near that bad, and he’s already back in training.

.@gabrieljesus33 is back in training today! 🙌 #mancity pic.twitter.com/d05ZhdgvBO

Pep Guardiola didn’t give anything away about whether the striker could play in next week’s final. He told a press conference: “Gabriel Jesus will be in training today. I don’t know when he’ll be ready to play but today will be his first training for the team.”

Manchester City’s next game is an FA Cup clash against Wigan Athletic, which will surely come too soon for the Brazilian.

After that, they have two matches against Arsenal.

First up, on Sunday February 25th, is the League Cup final at Wembley.

Then, the next Thursday on March 1st, they play a Premier League match at the Emirates.

If Jesus is back in training with the team already, there’s a chance he could play a part in either of those matches.

For Arsenal’s sake, hopefully he takes a bit longer to get fully match sharp. Jesus’ injury has coincided with the worst period of Manchester City’s season, where they’ve dropped a whole five points in six league matches. Seven points in seven if you include the Palace game when Jesus picked up the injury.

They still won their last two games 5-1 and 4-0 in all competitions, so Arsenal need all the help they can get.