FIFA and the LOC have presented the schedule for the FIFA 2019 WWC that will take place in France. 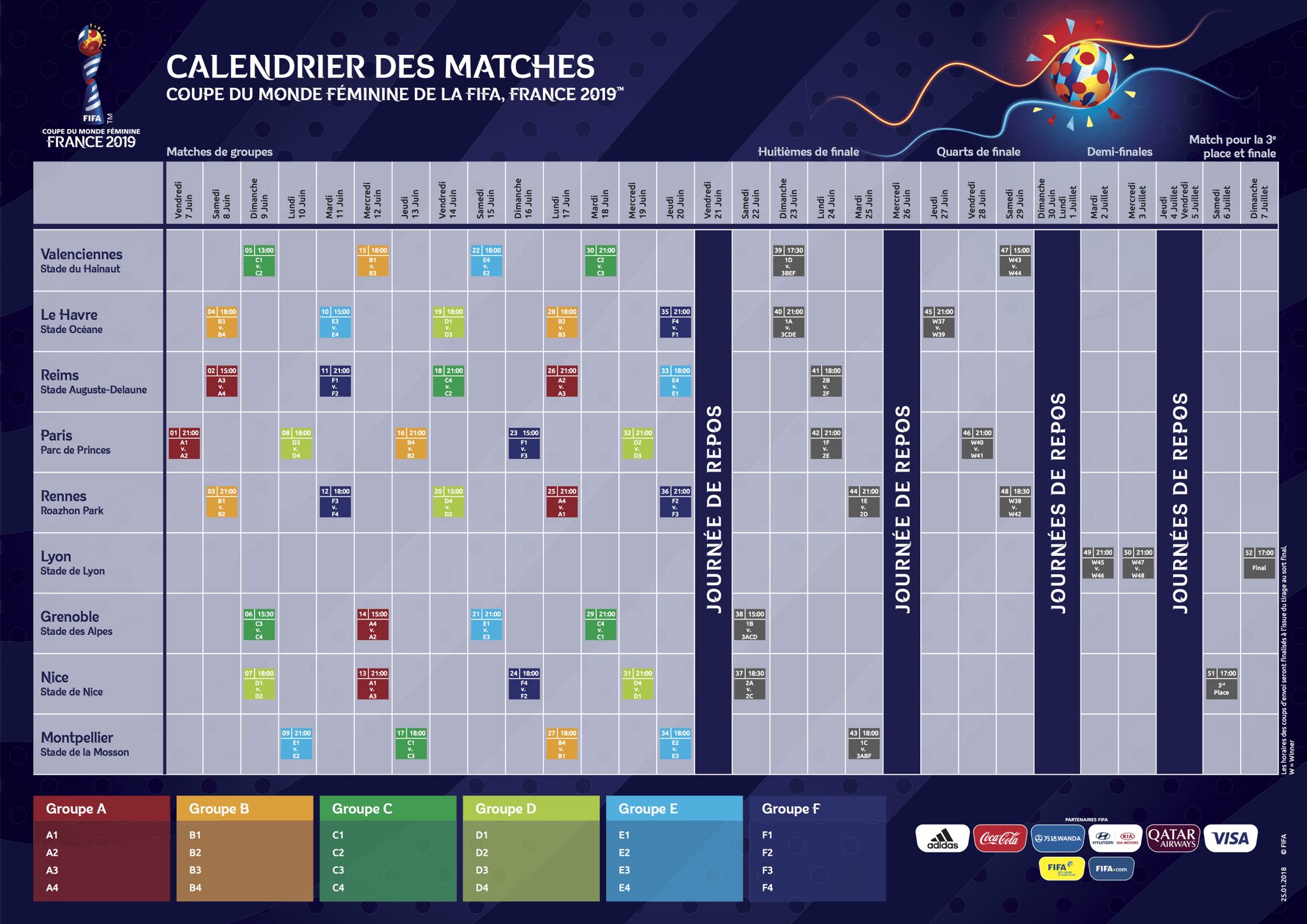 There will be 24 teams involved and 52 games to be played.

France as the hosts are placed in position A1 and will play the opening game at the Parc des Princes in Paris.

They then play their second game in Nice and their final group game in Rennes.

Lyon will host the semi-finals and the final while Nice will get the third place play-off.

Lyon will only host three games, but their big ones.

The 24 teams selected per confederation are:

The draw will take place on the 8th December in Paris