Mathieu Debuchy made L’Equipe’s Ligue 1 team of the week, after an impressive debut performance from the Frenchman for new club Saint Etienne.

Debuchy scored one and helped set up another as Saint Etienne beat Amiens 2-0. A goal and a clean sheet pretty much sounds like a dream debut for a defender.

Unsurprisingly, L’Equipe therefore included him in their team of the week.

They wrote: “Just as two years ago, the defender, lacking playing time at Arsenal, chose to return to Ligue 1 to get closer to the French team. In Bordeaux in 2016, he waited for the 26th day to make our team of the week. With Saint-Etienne, he did it in two days.

“For his first match with the Greens, the international opened the scoring, then helped provide the team’s second goal in Amiens.” 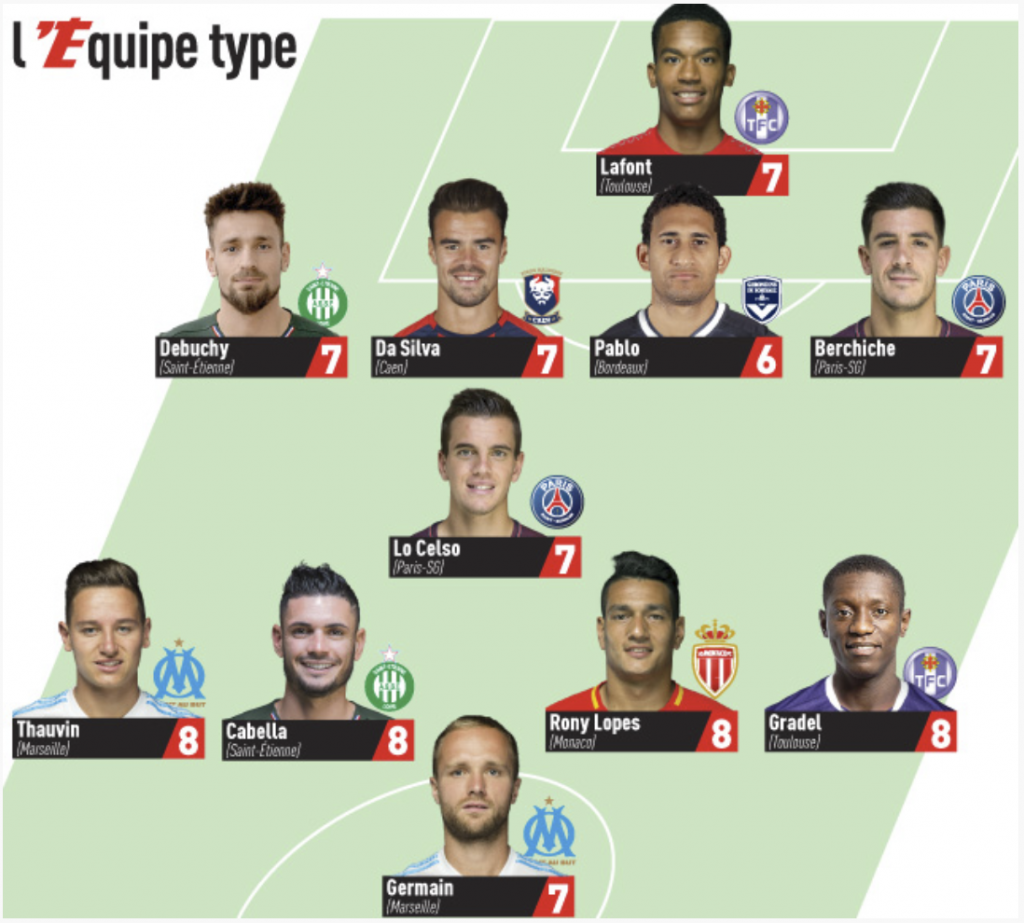 It shouldn’t be a major shock that Debuchy made a positive return to life in France. This season he consistently performed well for Arsenal when called upon. The only reasons he was never going to become first choice for the Gunners were age and his injury problems.

Debuchy found some space in the box a few yards out and finished clinically for the opening goal. Later in the match, the Frenchman played a ball over the top for Vincent Pajot, who crossed for Remy Cabella to score a tap in.

Amiens only achieved promotion to the top flight this season, so Debuchy will face tougher tests. He’s definitely made a good name for himself with the fans for now though.

You can watch both goals in Ligue 1 Conforama’s highlights of the match below. The first goal is at 1:10, and the second at 1:50:

Arsenal legend’s son proving to be deadlier striker with Stoke