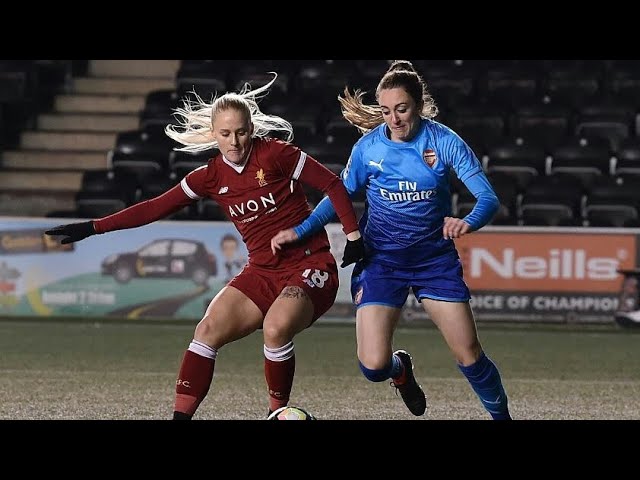 Arsenal will be looking to climb up the table with a win against bottom of the table Yeovil who have yet to score and have zero points from seven games.

Depending on Liverpool, Chelsea and City dropping points, the Gunners could even climb a place in the table and cut the gap with the top two teams.

This is the kind of game where Joe Montemurro could do a bit of squad rotation like he did for the cup game away to the Glovers last week and it resulted in a 3-0 win.

You would hope that some of the fringe players will get a start, considering the starting 11 is kind of settled now for the important games.

The only question mark is how many injured players will be back in contention, or if any of the development team players will actually get a chance.

Considering they are training on regular basis with the first team, Anna Filbey and Ava Kuyken could and should play a part in tomorrow’s game.

A superb 3-0 win at third place rivals Liverpool means the Gunners are now trailing the reds by one point and could well overtake them by Sunday. Champions League is still unlikely, however, with a six point gap to Chelsea in second place.

What we can take from this game is Joe Montemurro’s ball-playing, build up from the back playing style is starting to bear fruit.

The FA WSL commentator on the Facebook stream was clearly upset by this and moaning about the Arsenal way of playing. You can bet the guy is also saying Guardiola’s City are boring to watch.

Another point from the game is the team has missed the last three penalties awarded, a really worrying development.

Luckily enough for her, the Liverpool goalkeeper pushed the rebound straight on her path and she could finish easily.

Dominique Janssen scored a peach of a second goal from a 25-yard strike that flew into the top corner. The defensive midfielder was given time and space and launched an unstoppable rocket.

0-2 to @ArsenalWFC at HT #fawsl pic.twitter.com/1NQoYMmpkL

Lisa Evans finished superbly on one of her marauding runs from the right-back position for the third and final goal on the night.

Two 3-0 away wins in four days has certainly given us a little bit of hope and Sunday’s home game to Yeovil should see another comfortable win.

Two clean sheets in a row is also important and the team had to work hard for it on Wednesday night. Sari Van Veenendaal was superb in goal.

There are still some niggling problems in the back four and the players need to get used to each other and work on their coordination, especially when using the offside trap.

The team is actually short of defenders at the moment with many injuries (Vyan Sampson, Josephine Henning, Jessica Samuellsson plus Jemma Rose who has not been in the last two squads). Not to mention Alex Scott, who seems to spend more time doing broadcasting work than going to training now.

The midfield three is quite stable with Janssen, Van De Donk and Nobbs and the only problem is balancing the attacking and defensive side with Van De Donk, playing either in the 6 role alongside Janssen or as a classical number 8 as Nobbs is used as a number 10 role.

Up front, Montemurro has plenty of options and rotates his squad regularly, keeping the competition for places open.

The fringe players like Lauren James, Katie McCabe, Anna Filbey and Ava Kuyken are getting some precious minutes and might see some more on Sunday against the bottom of the League side.

Next after Yeovil comes FA WSL 2 side, Millwall, who will be the next visiting team a week later in the FA Women’s Cup Round 5 tie.

We will then be at home to Everton on Friday the 23rd February before the International break for the SheBelieves Cup and the other tournaments like the Algarve, Cyprus and Istria Cups.

Three wins from these three games are a must.

You can watch the full match in this video: