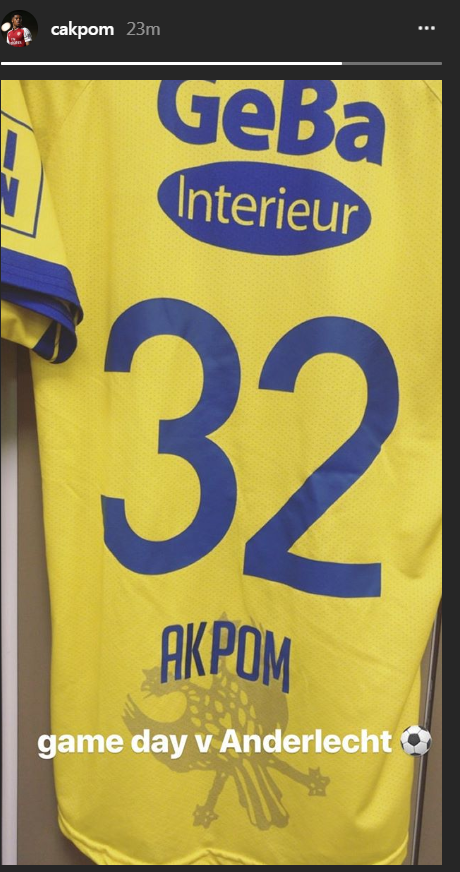 Akpom netted his first goal for new loan club Sint-Truiden, scoring from distance in a 1-0 victory.

The centre-forward also saw his penalty saved, but fortunately the Belgian side held out for a win anyway.

The 22-year-old posted the video of his goal on Instagram after the game:

Lucas Perez played the full 90 minutes for Deportivo against Alaves as they lost 1-0. It was their ninth consecutive league game without a win. More importantly, it was Lucas’s twelfth game in all competitions without a goal.

Meanwhile, Takuma Asano continues to miss out on the squad for Stuttgart. He reportedly suffered an injury before the winter break, but he’s now back ready to play.

Unfortunately, the Germans filled his place while he was out, and he’s only been named in the squad once in six matches.

Tafari Moore and Kelechi Nwakali were the only two players, other than Akpom, to feature in wins.

Carl Jenkinson played the full match as Birmingham City lost 1-0 to Millwall, and Cohen Bramall was an unused substitute.

Jeff Reine-Adelaide featured for the last 18 minutes as Angers lost 1-0 to Saint-Etienne.

Stephy Mavididi, Krystian Bielik, Ben Sheaf and Joel Campbell all continue to miss out with injury.

Campbell is the closest to a return, after resuming training recently.