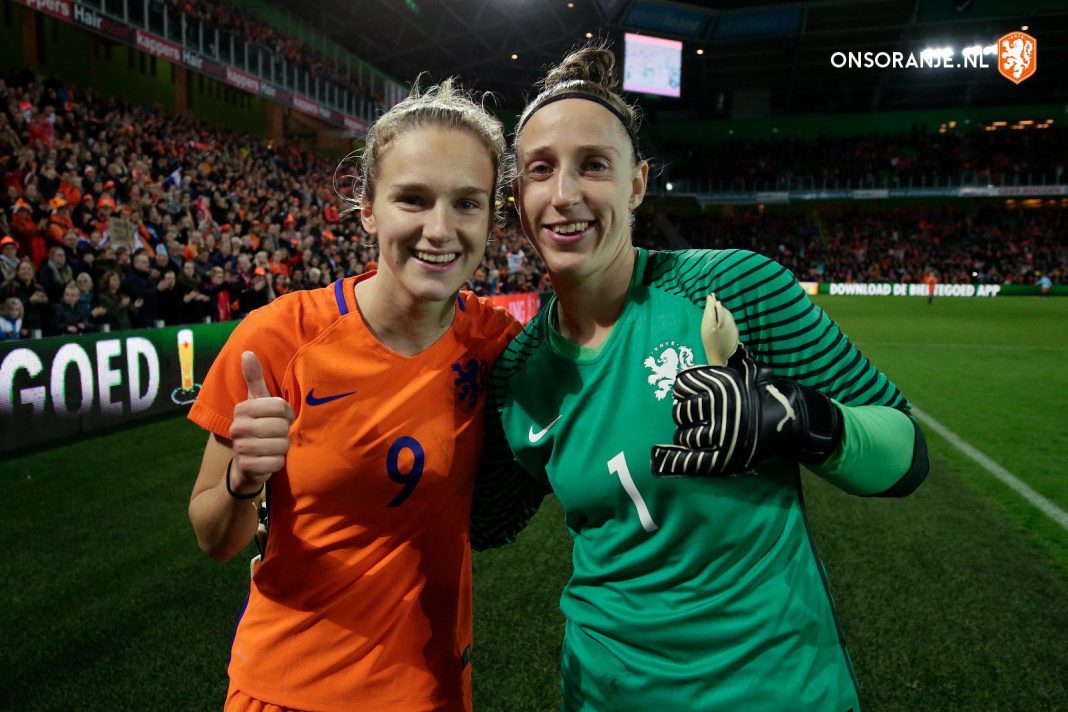 Sari van Veenendaal, Dominque Janssen, Danielle van de Donk and Vivianne Miedema have been called up for the Netherlands’ game against Spain.

The quartet will join up with the national team for their friendly with Spain on January 19.

The game will be Oranje’s first international of the year before they resume World Cup qualifying in April. The Netherlands have been in sparkling form since their triumph on home soil in the UEFA Women’s Championship.

They’ve recently seen off Austria, Norway and Slovakia, scoring eight and conceding none. Miedema scored four of those goals, as she keeps up her very impressive record for her country. She’s been in good form for Arsenal as well, scoring four goals in eight games.

Miedema, along with Janssen and Van Veenendaal, have featured five times in the Women’s Super League this season. Van de Donk, meanwhile, has been ever-present. Their last outing came in a 3-2 defeat to Chelsea, a game which Arsenal were unfortunate to lose.

They play Reading in the Continental Cup before jetting out to Spain for this friendly, and will then return for another game against Reading as the WSL resumes.