Martin Keown has labelled Arsenal’s defending for Nottingham Forest’s first goal as ’embarrassing’, and feels Per Mertesacker should have done something about it.

Arsenal lost 4-2 to Championship side Nottingham Forest in the FA Cup third round on Sunday. Forest took the lead when Eric Lichaj was completely unmarked during a set-piece.

It seemed that the Arsenal defence thought the American was offside, but the wall was keeping him on. It was amateurish defending, and something that left Martin Keown fuming.

“It’s embarrassing there,” he said. “Mertesacker, the senior player, you cannot leave someone that close to the goal unmarked. It’s criminal, Lichaj has just cashed in. It’s really quite poor from Arsenal there.” 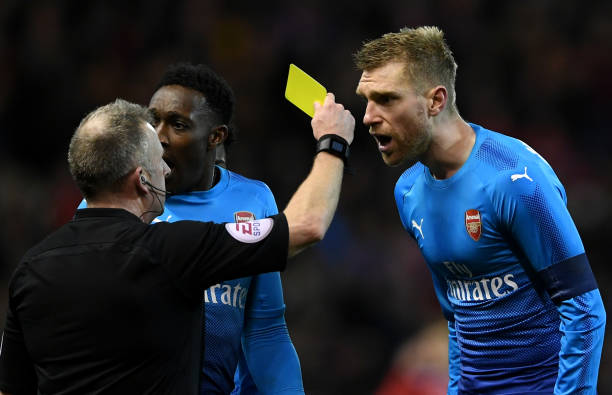 It was quite something to see no Arsenal defender realise that Lichaj was onside and adjust accordingly. You’d think that players with the experience of David Ospina, Mathieu Debuchy and Per Mertesacker would have done something.

Overall, the Arsenal defence had a nightmare. Mertesacker struggled to move all game, while Rob Holding couldn’t get to grips with teenage striker Ben Brereton. They conceded enough chances to Forest to lose without conceding two penalties on top of that.

Mertersacker has a bit of history with Keown too. The Arsenal legend called last season’s FA Cup final the “Per Mertesacker final” after the German’s excellent performance. Mertesacker, though, thought he was being written off prematurely.

Unfortunately, he didn’t back up that feeling on Sunday.