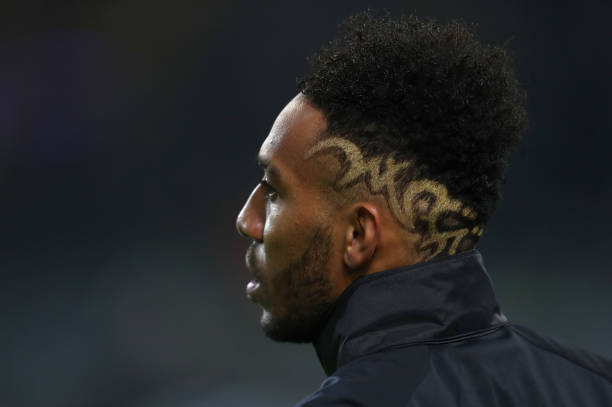 The German press’ disdain for Pierre-Emerick Aubameyang and his father Pierre appears to be growing by the day.

Bild journalist Jorg Weiler has now released a text message sent to him from Aubameyang back in November.

Last year, the 28-year-old was suspended after he took a 10-man camera crew behind the scenes at Dortmund’s training ground, which is forbidden. What made it worse was that the crew were from Red Bill – a rival sponsor.

Although the text could land the Gabon international in more hot water, it’s hardly the worst message ever. It’s not as if he was swearing, being offensive or revealing secrets from within the club – just stating that he thought his punishment was unfair.

It might be a tad immature – a bit like a teenager complaining about getting grounded – but I would be far more concerned about some of the player’s other antics than this.

If anything, Weiler revealing the private text reflects worse on him than Aubameyang.

Since talks began over the striker’s move to Arsenal, for which Dortmund are said to be demanding £60m, he’s stopped contacting Weiler, which is why the journalist took it upon himself to break whatever trust there was between them.

Until this point, Weiler had been complimentary in his pieces about Aubameyang, claiming that he was actually a helpful and energetic individual who always gave journalists time for an interview after matches.

I imagine he won’t be as willing to do so in future.

Of course, Bild claims this is all his father’s fault…