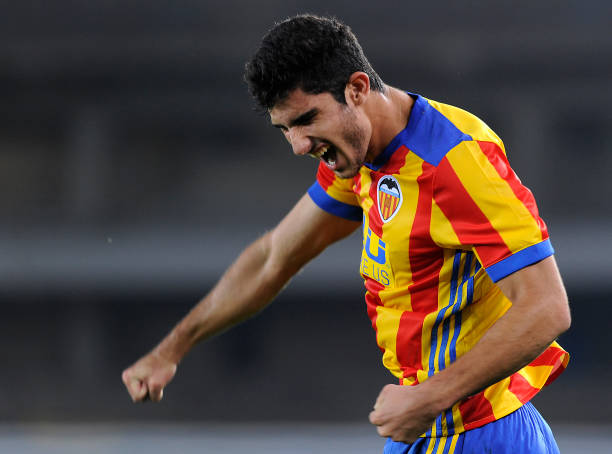 Gonçalo Guedes could reportedly complete a permanent move to his loan side Valencia this month.

Paris Saint-Germain allegedly need to raise funds in order to comply with Financial Fair Player regulations. Therefore, the Ligue 1 giants are apparently very open to the idea of selling Guedes to Valencia permanently.

According to French outlet Le10sport, PSG want at least €40m (£35.5m) in order to make a dent in their debt. This could rise if the winger continues to have a good season in Spain.

The 21-year-old cost PSG £26.6m (plus £6m in add-ons) when they signed him from Benfica in January 2017, but he only got the opportunity to make eight appearances for them before he was sent out on loan to La Liga this season.

While there, he’s flourished and it’s understandable that Valencia want to sign him permanently. The winger’s made 14 La Liga appearances, scored three goals and provided five assists.

Arsenal have been linked with Guedes since 2015 when he was still in Portugal and were even said to have made contract with his agent at the end of 2017. The young forward now appears to have fallen off our radar.

In December, it seemed as if a £31m deal between PSG and Valencia had been agreed. Other sources vehemently denied this and they were obviously right.

Unexpectedly, according to L'Equipe, Valencia & PSG have come to an agreement that will see Goncalo Guedes join Valencia permanently for around €35m in the next few months.

At this stage, I’d be surprised if Valencia don’t sign Guedes on a permanent deal sooner rather than later and we will have to wait until 2024 when Arsene Wenger, still in charge of Arsenal aged 75, will tell us why he opted not to sign him.