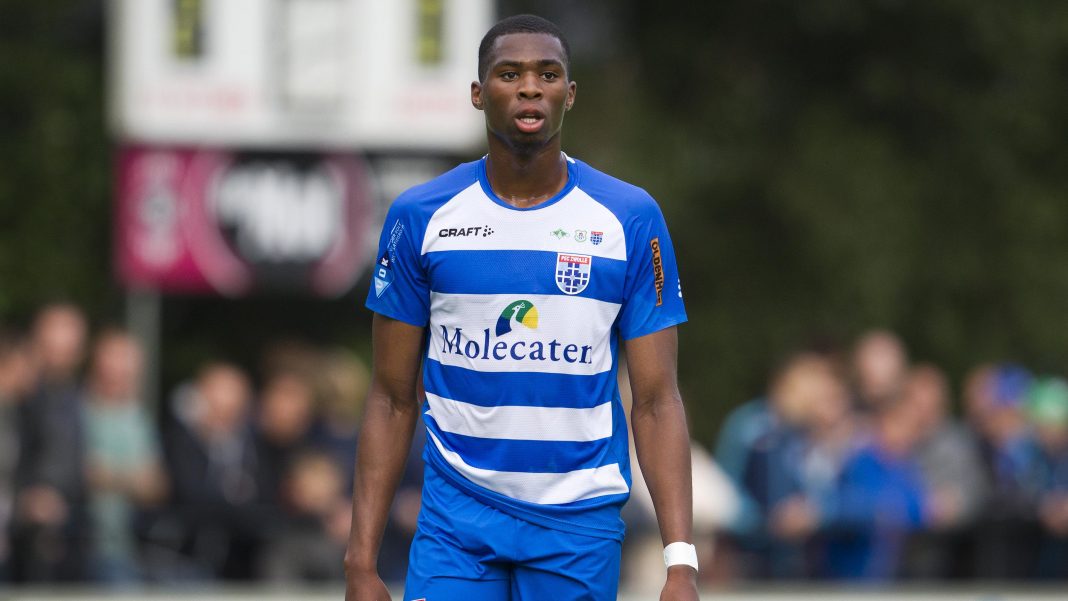 Dutch u21 international Kingsley Ehizibue says Arsenal are one of his dream clubs, and he wants to play in the Premier League.

Ehizibue is currently playing in the Eredivisie for PEC Zwolle, having faced Arsenal loanee Kelechi Nwakali earlier this season when coming up against VVV-Venlo.

And clearly Nwakali said nothing to put his Dutch opponent off the Premier League, with the 22-year-old telling RTV Oost about Arsenal being one of his dream clubs.

“It must be somewhere in England,” he responded, reports Voetbal Primeur. “It is my dream to play there. Arsenal, Chelsea, Liverpool and Manchester City are really nice clubs, they play nice football, that’s what I like to watch.

“It takes a lot of work, if you look at England. The physical part, there’s a lot to do, and if I really want to be ready, I have to start now.”

PEC Zwolle are fourth in the Eredivisie, and Ehizibue has been a key part of their season so far. The right-back has started every single league game, as well as all of their three cup wins as well. Despite playing in defence, he’s scored one goal and assisted four so far this campaign.

But the young defender’s biggest strengths are at the back. He makes 3.6 tackles and interceptions per game, as well as 2.4 clearances and blocks. Plus he has a great physical presence for a full-back, standing at 6’2″.

Arsenal might need a right-back this transfer window, if Mathieu Debuchy leaves like he says he wants to, but it’s up to the Gunners’ scouts whether they think Ehizibue is ready for the Premier League.