Petr Čech is looking forward to reaching his 200th Premier League clean sheet with the Gunners, but says he’s hoping his tally will keep building for a lot longer.

Arsenal’s last clean sheet in the Premier League was all the way back on December 16th. The Gunners beat Newcastle United 1-0, and ever since then they’ve failed to shut opponents. As a result, Čech’s been kept waiting for his 200th clean sheet for almost a month-and-a-half.

The 35-year-old says despite the challenges and lack of recognition as a goalkeeper, he still loves the position.

“I think being a goalkeeper you feel lonely all the time,” he admitted to Arsenal.com. “But it is a special position on the pitch and that is why I love it. It is a big challenge and usually you are the one to blame for everything and the one who never takes the credit if someone scores a goal but that is how it goes.

“I enjoy the challenge and I love being in that position where you make important saves. Regardless of whether people notice or not you know you have made an important save. You give yourself and your team a chance to win and it makes me happy.

“I have to say, sometimes when you look back and you speak about coming to 200 clean sheets in the Premier League, you see how many games everybody else needed to get there. Nobody ever got that far and you think, ‘It is something amazing’. I hope it is going to go way longer than 200.” 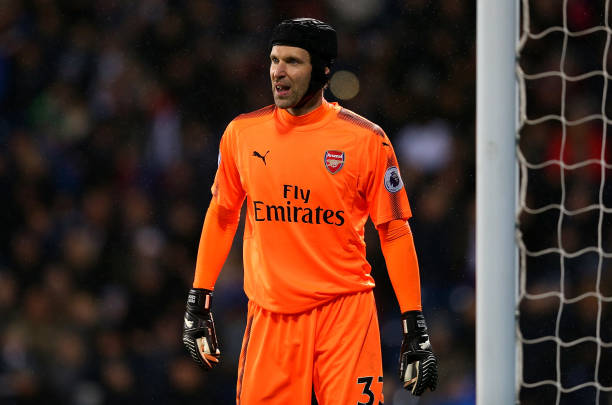 In Arsenal’s last away game, Čech certainly took a large portion of the blame from fans. Supporters didn’t like the way the goalkeeper charged out and failed to collect the ball ahead of Callum Wilson.

Jordan Ibe then scored through the keeper’s legs to win Bournemouth the match.

Perhaps then, the former Chelsea goalie will have a point to prove when the Gunners play Swansea City.

Arsenal need wins in the league more than ever, if they’re going to keep up with the top four. It’d be to the benefit of both club and player for Čech to prove himself yet again on Tuesday night.