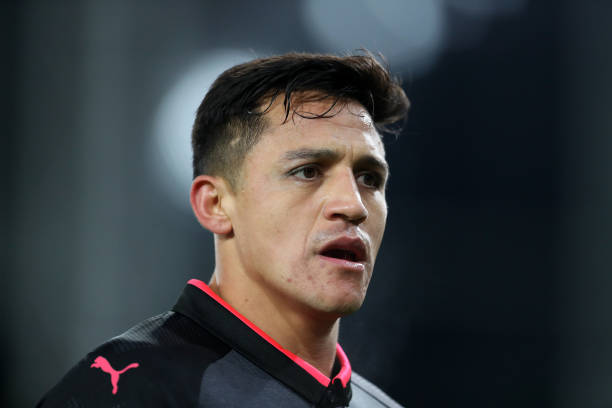 Alexis Sanchez allegedly missed a drugs test at Arsenal on Monday, which means that either the club or player may be punished.

What the Daily Mail dramatically label as a ‘drug storm’, isn’t really.

Alexis reportedly missed a drugs test on Monday while he was in Manchester for his medical at United. Initial claims said that UEFA turned up to test the Arsenal players and he wasn’t there, but UEFA have since denied this.

Arsene Wenger, on the other hand, does admit it wasn’t the best day for the 29-year-old to be tested, seeing as he wasn’t there, and says Arsenal will take responsibility.

This suggests that tests did go ahead, which Alexis did indeed miss.

It’s unclear whether the Chilean faces punishment for missing the drugs test or whether Arsenal will in fact take the fine.

The forward could face a two-year ban if this is the third ‘whereabouts failure’ in 12 months.

A £35k fine for the Gunners, like Manchester City received in February 2017, would be a far less-harsh punishment.

Arsenal fans don’t have a whole lot of sympathy considering the reason Alexis missed the drugs test was because he was busy signing for Jose Mourinho’s side.

Some reckon he should receive something approaching an eight-month ban, like Ferdinand did in 2003, while others have accused the Mail of pedaling fake news and making a mountain out of a molehill, which does make me wonder whether they’ve actually read the Mail before…

there is no storm other than in the mail

I assume Alexis Sanchez will also be banned for eight months for missing his drug test.

If not, one presumes the FA will apologise to those they've banned in the past for harsh treatment…. https://t.co/H4efF6Hc1x

If Alexis gets a 9 month ban for missing a drugs test I may have to be given oxygen. 😆