The new Arsenal Women manager started his reign with a 3-1 win against Sunderland, and will have a lot of things to work on before the big WSL clash with Chelsea.

Montemurro used the classic 4-3-3 system, with one holding midfielder and two number 8s in front of her.

Evans started at right-back ahead of Scott. Williamson was paired in defence with Rose, with  Quinn on the bench. O’Reilly, Miedema and Carter were the front three, with Mead on the bench and Taylor not in the squad like James and McCabe. 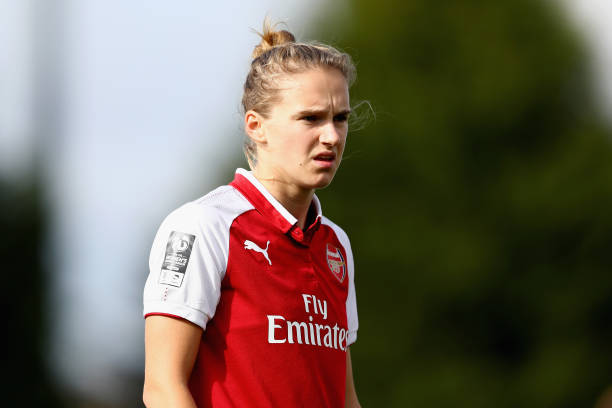 As mentioned in interviews, Montemurro applied the Arsenal attacking brand and did not disappoint – classic build-up play from the back, with even more emphasis show than under Pedro Losa.

Patient build up seems to be the way forward, so long as the play accelerates when needed in the middle and final third of the pitch.

With Sunderland doing an individual defending system from the midfield, and players tight on the Arsenal midfield three, it took the team a bit of time to adapt before finding a way to split Sunderland’s defence.

There were a lot of bodies going forward in attack, with a lot of the play coming down the right wing through Evans and O’Reilly, resulting in an assist for the Nobbs opener.

On the left side, Mitchell was more conservative and Carter was combining more with the midfielder.

Defensively, the midfield was overrun in the second half by Sunderland, with a lack of help coming from others in the middle of the park. This led to the Sunderland scoring, and Arsenal suffering many hairy moments in their defensive third.

There is no doubt that Chelsea Ladies will take advantage of those opportunities with their quick and technical forwards. You would certainly hope there will be two holding midfielders, as the Blues operate in a 3-4-2-1 system, overloading the midfield.

With the next WSL game on January 7 against Chelsea being decisive for a Champions League place, Montemurro will have to find the right approach in a relative short time, otherwise it will be another season without champions league for Arsenal.