Earlier this year, Arsenal fans were getting excited about Chilean wonderkid Marcelo Allende whom Arsenal had allegedly agreed a deal for, so what happened to the youngster?

Allende burst onto the scene with the Chilean youth teams, playing for the u17s in the World Cup two years ago. At the time he was 16, and impressed by scoring against Nigeria and the United States. Clearly he caught the eye of some Arsenal scouts, as he was then invited to a trial with Arsenal.

As you can see in the following tweet, Allende was spotted by eagle eyed Arsenal fans in the background of some training pictures in March. Whilst the first picture was actually from an u19 international tournament Arsenal played in back in August 2016.

Marcelo Allende, captain of Chile U17s, will turn 18 in April, and Arsenal will be able to sign him. Here he is spotted during a few trials pic.twitter.com/9nd8yZ1XqN

Marcelo would’ve been able to sign for the Gunners when he turned 18 in April, and after multiple trials it looked like that was what was going to happen. The player spoke to the Chilean media, and seemed to suggest he was just waiting on Arsenal’s decision.

Then, the Mirror reported that a deal was on the table, with details to be thrashed out, and he was expected to join the club the following season (17/18).

Everything then went very quiet, so what happened?

Well, in September, Mexican first division team Club Necaxa announced that they were signing the youngster from Chilean club Deportes Santa Cruz, and loaning him back for the season.

Presumably, therefore, Arsenal decided not to make an offer and the Mirror were wrong (shocker, I know).

Allende was keen to come, and the Gunners had more than enough time to see the player in person. If they had wanted him, he was theirs for the taking. 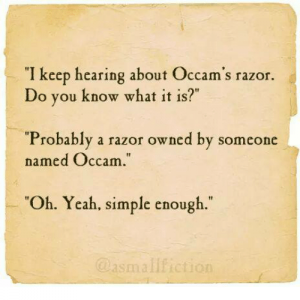 Putting one and one together, therefore, you have to conclude that they decided they didn’t want him. Occam’s razor and all that.

Hopefully the club and player at least built up a good relationship while he was in London, so if they change their mind in the future, the attacking-midfielder won’t be put off joining as Griezmann was.