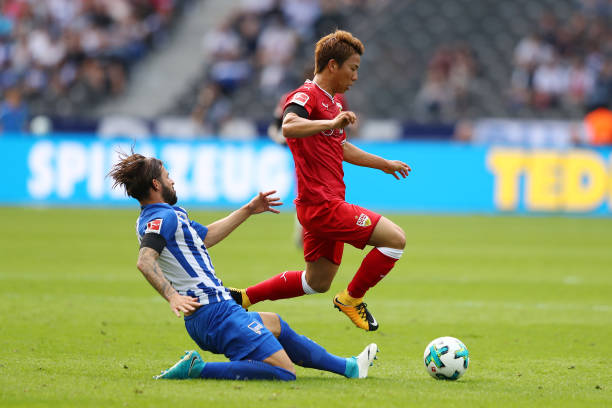 Lucas Perez and Takuma Asano were the only Arsenal loanees to feature over the weekend, and both were involved in games they’d prefer to forget.

Lucas Perez was given another start on Sunday against FC Barcelona, his eighth league start in a row. Unfortunately for him, Deportivo lost 4-0, and Perez made it four league games straight without a goal or assist.

In the five league matches before that, the Spaniard had five goal contributions, so his form has seriously dropped off in recent weeks.

Meanwhile, Takuma Asano was dropped to the bench at home to Bayern Munich, as Stuttgart seemingly looked to play to win a point from the league leaders. For almost 80 minutes it worked, before Muller put the visitors 1-0 up.

At that point, with nothing to lose, Asano was introduced for the final 10 minutes. Stuttgart won a penalty four minutes into injury time, but Chadrac Akolo’s effort was saved, and it ended 1-0.

Stuttgart also played Hoffenheim last week, and the Stuttgarter Nachrichten wrote an article about how the plan to utilise Asano didn’t work out.

The Japanese international was brought into that game early after an injury to Anastasios Donis in the first-half, but fans were disappointed that he couldn’t help the team to a goal.

Emi Martinez (Getafe), Cohen Bramall (Birmingham City) and Marc Bola (Bristol Rovers) were all unused substitutes as their teams lost, and Stephy Mavididi (Reading) and Kelechi Nwakali (VVV-Venlo) were unused as theirs won.

Joel Campbell (Real Betis) and Carl Jenkinson (Birmingham City) continued to miss out through fitness and injury concerns. Hopefully, a few more will feature this week.