Arsenal face competition from Hertha Berlin in their ongoing pursuit of Oguzhan Ozyakup, according to reports.

Ozyakup is out of contract in the summer and has been frequently linked with a return to Arsenal. However, according to Milliyet, Bundesliga side Hertha Berlin are now interested in signing the Turkish midfielder.

The 25-year-old has been impressive at Besiktas, and with six months remaining on his contract he could be in high demand.

However, whether Arsenal are genuinely keen or not is up for debate. Some reports have indicated the Gunners are more interested in the sell-on clause in Ozyakup’s contract than the actual player. 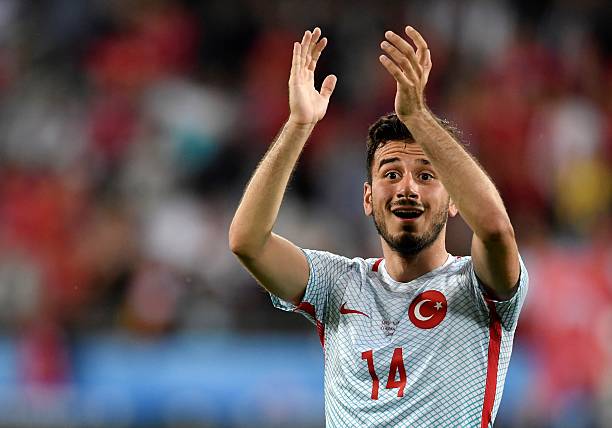 Besiktas may allow the midfielder’s contract to expire and then sign him on a new deal where no such sell-on clause exists. Such a plan would depend on Ozyakup’s willingness to stay with the Turkish club and not make a move elsewhere.

Arsenal could face a shortage of midfield creativity soon as Jack Wilshere, Santi Cazorla and Mesut Ozil are all out of contract in the summer. Hence, the links to their former academy player remain persistent.

On a free transfer, Ozyakup could be a useful signing to provide more depth to the squad.